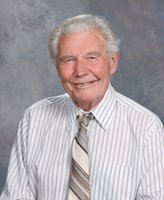 On December 10, 1927, Jacob was born into the family of Dietrich and Lena Lepp, in Schoenhorst, Western Ukraine.  The country was undergoing difficult and unstable political and economic times.  Life was a struggle for survival.  There were little of life’s necessities, whether food or monetary provisions.  Jacob grew up a vibrant and healthy child, eager to explore and probe his surroundings.

The onset of the political turmoil in the mid – 1930’s in Russia brought added hardships for daily life everywhere.  With the movement of displaced German people in Russia, it was clear that the family needed to seek refuge in Germany. The early 1940’s saw Jacob’s brother, Dietrich, join the German Armed Forces, in an effort to help fight the Russian Communist Forces, which had violently imposed the hardships.  Being patriotic and ambitious, a determined Jacob followed suit, even though his young age was a deterrent.  His mother was most distraught about the decision.

The war proved to be devastating, with the political situation deteriorating rapidly and refugees ultimately settling in large camps in Germany.  When the M.C.C. permission arrived to immigrate to Paraguay, Jacob, along with other Mennonite families, boarded the vessel, Charleton Monarch, and journeyed off into the unknown, to a South American harbour.

In 1948, the Mennonite refugees set foot on Paraguayan soil, their new home.  It was here Jacob married his sweetheart, Alma, whom he had met in the refugee camp.  Their marriage was blessed with 5 children:  Irene, Elly, Herb, Manny, and Rich.  Life in Paraguay was a real struggle and on April 26, 1963, Jacob took his family to Canada.  Once there, Gisela was born the following year.

Jacob was employed at Girotti Machine Works, a setting in which he excelled as a welder and machinist.  His creative mind allowed him to grow as he spent time fabricating and designing copious tasks.  On occasion, he had opportunity to mastermind new ideas and see them come to fruition.  He was someone who adjusted well to any situation, had a talent for learning languages and an amazingly positive outlook about life.  His personal faith remained firm; his favourite Scriptures were the Psalms.  As a youth, he accepted Christ as his personal Saviour, and was baptized upon his confession of faith and accepted into the church.  He marvelled over how great our God is and how He had led him.  In his late 80’s he had a stroke, impairing his mobility.  He was fortunate to take up residence at Heidehof Home for the Aged, where shortly after, he suffered yet another stroke.  Over a period of a few years his health continued to deteriorate and on April 28, 2021, went to be with his Saviour.

He was our hero, confidant and leader, constantly radiating an aura of confidence.  His love, kind-heartedness and compassion were a constant.  He would offer the shirt off his back and not think twice about it.  He had a most forgiving nature, a wonderfully comedic bent, identifiable instantly.  He was a true people person.

WE MOURN HIS LOSS, BUT WE CELEBRATE HIS LIFE.  MEMORY ETERNAL TO DAD.

If desired, memorial donations to Heidehof Home or Mennonite Central Committee would be appreciated.