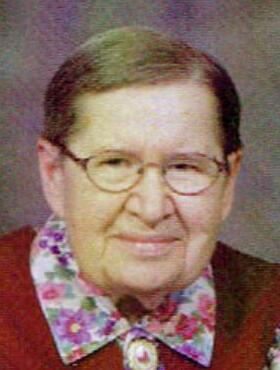 Agnes Sawatzky was born on September 23, 1934 in Ukraine, as the fourth child of Katharina (Thun) and Heinrich Sawatzky. Her happy childhood was soon cut short when her father was arrested by the KGB and banished, never to be heard of again. Many men and women experienced the same fate during these years. As a result, Mennonite families left their villages to travel west, looking for a safer home. Agnes and her mother and two sisters joined the trek of refugees heading west. Her older brother had already been enlisted in the army. The four women ended up in a refugee camp in Germany, until in 1948 they were sponsored by relatives in Canada to emigrate. Their new safe home became Virgil.

Here, Agnes was able to find some medical care for her very frequent and severe epileptic seizures. These seizures had developed as a result of the severe trauma Agnes experienced when her father was taken from the family. Once the seizures were being treated with proper medicine, Agnes was able to live a more normal life. She found a job in Vineland Mennonite Home in housekeeping, and enjoyed this job very much. Here she had the opportunity to socialize with people, and also earn a reasonable wage to share with her mother.

COVID interrupted this happy life, when restrictions forced Agnes to stay in her apartment by herself. She became very lonely and depressed. Her nieces and nephews visited her when possible, and this always lifted Agnes’ spirits. Her physical health was slowly deteriorating, and she was becoming quite weak.  On Saturday, July 30, Agnes called her niece and said she was having sharp pains in her chest. An ambulance took her to the GNGH where she was checked over and given some tests. During the testing, Agnes’ heart stopped beating, and she entered her final rest. She went to join her mother and her sisters and brother in the heavenly home of peace.