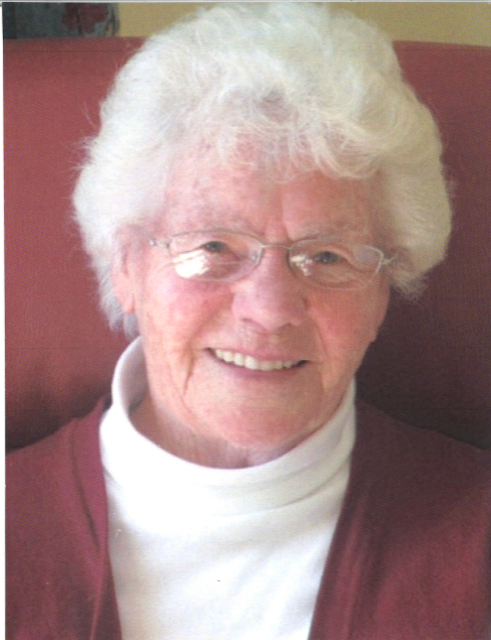 de Vos, Hendrina - Passed away on November 30, 2018 at the age of 96 to be with her Lord and Saviour Jesus Christ.  She was born April 15, 1922 in Enschede, the Netherlands to Hendrick and Hendrina van den Dolder.  She was the 6th of 8 children (3 brothers and 4 sisters).  She was the last living member of her immediate family.

In 1943, she married Thomas de Vos.  Their marriage was blessed with 6 daughters, of whom the first 4 were born in Holland.  In 1953, the family immigrated to Canada, where they lived in Hamilton, Ontario for 8 years.  In 1961, they moved to Sunnyvale, California, for Tom's work.  After his retirement in 1975 they moved back to Ontario, Canada, eventually buying a home in Beamsville.

Hendrina was a beloved wife and mother and was devoted to her family and her faith all of her life.  Following Tom's death in 1986, Hendrina moved to Grimsby, where she lived happily in a lovely condo unit.  Later, she moved back to Beamsville, into an apartment in Fair Havens Christian Retirement Home.  She entered the United Mennonite Home in Vineland in 2014, where she was well cared for in her final years.

Hendrina was preceded in death not only by her husband, Tom, but also by a daughter, Annelies deJonge, in 2001.  She is survived by her daughters Grietje deJonge (Bennie deceased), Reeny Davison (Jim), Margaret Escamilla (Tom deceased), Wilma Manchester (Craig), Joanne Pyl (Rick) and her son-in-law Paul deJonge.  She has also been blessed to have 25 grandchildren and 41 great grandchildren.

There will be a visitation at the Tallman Funeral Home, 3277 King Street in Vineland on Tuesday, December 4, from 6 - 8 p.m.  A private Celebration of Life service will be held at a later date.

Share Your Memory of
Hendrina
Upload Your Memory View All Memories
Be the first to upload a memory!
Admin Login | Website powered by FuneralTech & TA