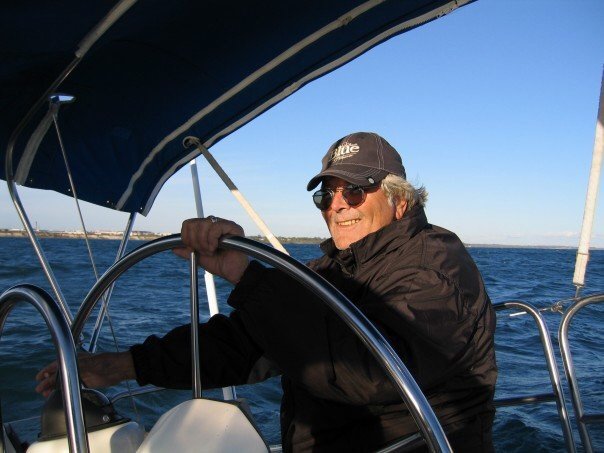 COWLING, “BILL” WILLIAM ROBERT -   October 24, 1946 – January 29, 2019.  It is with profound sadness that we have to say goodbye to a beloved son, father, and brother.   Bill Cowling passed away suddenly and peacefully in his home in Jordan Station as a result of a heart attack on Tuesday.  Bill is survived by his lovely mother Lillian Cowling (nee Duffy) who is in her 100th year and who he referred to regularly as his “best friend”.  He leaves behind his cherished daughters, Amoreena (Brett) and Jesse.  He has been a loving Grampy to Ethan, Ava and Julian.  Also loved by his sister Sharon, and her husband Norm (Babbs), nieces Donna (Steve, Ben and Krista) and Linda, as well as many other extended family members and friends, including the mother of his daughters’, Beth.  Bill attended David and Mary Thomson Collegiate and Centennial College before taking on various roles:  Sales Promotion Rep for Warner Bros Records; Broadcaster/Host at CKCY FM in the Soo; Owner of Custom Car and Van, Ptbo; Performance Improvements; Marvin Starr; BCAA; and many more.  Bill will be remembered most for his sense of humour, as his friends will attest to.  He was witty, charming, intelligent, creative, and loving.  He cared deeply for his many close friends and for his online companions.  He had a love for hockey (The Leafs are going to win this year!) real good music - aka rock n’ roll, sailing, and street rods.  In the last year, he was battling Idiopathic Pulmonary Fibrosis, and was supported by his group in NOTL which was very important to him.  For those who wish, in lieu of flowers, donations in his memory to the IPF Rehabilitation Centre at St. Catharines’ Hospital are sincerely appreciated.  There will be a casual memorial service at the Beamsville Legion Clubhouse (5545 King St. Beamsville) on Sunday February 3rd, from 4-7pm, all are welcome.  “Feth” will be loved and missed forever by his girls, Reena and Bean…Sweet Dreams and Flying Machines always.

Share Your Memory of
William
Upload Your Memory View All Memories
Be the first to upload a memory!
Admin Login | Website powered by FuneralTech & TA