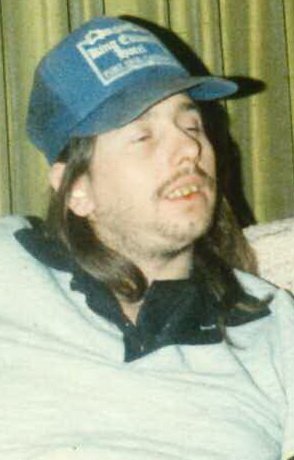 Dueck, Samuel Charles – It is with heartfelt sadness that we announce the passing of Sam Dueck, age 62, at his home in Niagara-on-the-Lake, on Friday, August 30, 2019.  Preceded in death by his father Jacob Norman Dueck and his mother Anne Clara (Nickel) Dueck.  He is survived by his wife and long time friend Karen (Read) Dueck, and by his three children Jodi (Dueck) Dezell (Matthew Kraehling), Sam Dueck Jr. (Paige Shular), and Taylor Dueck (Curtis Gracey) and grandson Alex Dueck (Leah Greig).  He will be deeply missed by friends, family, and all who knew him.

Sam grew up on grape farms in Niagara-on-the-Lake, and he has worked throughout his life as a heavy equipment operator.  He enjoyed hockey – he was an avid Leafs fan, and collecting sports memorabilia.  His family knew him as a kind and loving father/grandfather who always had the “right” thing to say (even if it was sometimes wildly inappropriate).  Sam was also known for his long hair and many tattoos.  In keeping with Sam’s wishes, there will be no memorial service, but his family will receive friends at Johnny Roccos in St. Catharines on Friday, September 6 at 1:00 p.m. to raise a toast in his honour.

Share Your Memory of
Samuel
Upload Your Memory View All Memories
Be the first to upload a memory!
Admin Login | Website powered by FuneralTech & TA