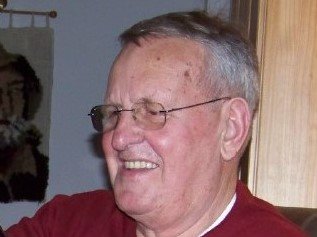 Wiegand, Kurt  - Passed away peacefully after a short illness on Wednesday, October 23rd, 2019.  He will be deeply missed by his wife and best friend of 58 years Elke, his daughters Patrizia (Alan) Vandenbogerd, Christiana Unruh and his grandson Justin Unruh and  his sister Inge (Willy) Hahl.  He is survived many brothers in law and sisters in law in Germany and numerous nieces and nephews.  He is predeceased by his parents Peter and Maria Wiegand and his brothers Waldemar (Markaria) Wiegand and Heinz (Hannah) Wiegand.

Born in Lampertheim, Germany September 15, 1939.  Kurt brought his young family to Canada in 1968, where he worked hard to give his family a wonderful life.  He enjoyed being on the board of directors at Club Heidelberg for many years.  With retirement from Ferranti-Packard, Kurt and Elke had plenty of time to enjoy some of their favourite pastimes…hiking in his adored places…Short Hills and St. John’s, spending time with special friends like Duillio and Louise Nonni and travelling…mainly to their beloved trailer in Port Franks.

The family would like to express their unending gratitude to Cathy and Gary,  Sid and Carol, and especially to Dr. T. Murray, Dr. A. Hameed and Dr. J. Adams and all the wonderful caring nurses and staff of St. Catharines Hospital - Sections 2A and 3A for all their exceptional care and kindness.  As per Kurt’s wishes cremation has taken place and the family will hold a Celebration of his Life in the Spring.  Funeral arrangements to be prepared through Tallman Funeral Homes. In lieu of flowers, donations to St. Catharines Hospital Cardiac Care Wing and Emergency Department would be greatly appreciated.

Share Your Memory of
Kurt
Upload Your Memory View All Memories
Be the first to upload a memory!
Admin Login | Website powered by FuneralTech & TA