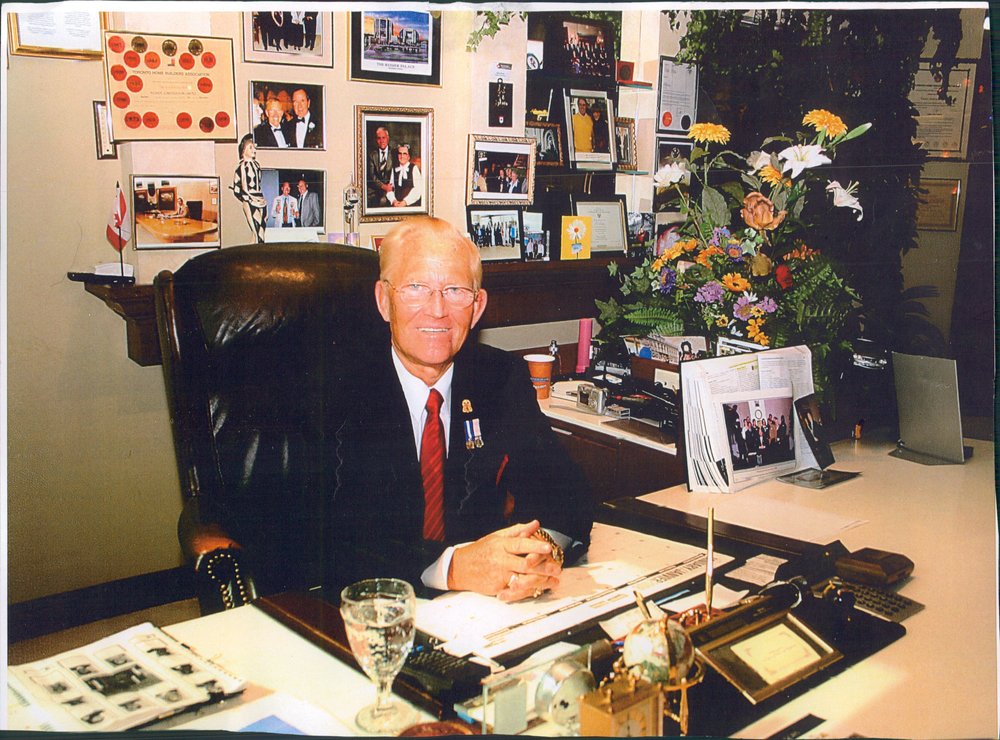 It is with great sadness that the family of Rudy Peter Reimer announce his passing on Tuesday November 26, 2019 at the age of 83 with his wife Ksenija by his side.
Pre-deceased by parents Peter Reimer (Opa) and Anna (Froese) Reimer (Oma), and Josie (Andres) Reimer, his wife of 30 years, mother to his children and pillar to Rudy in his early years in the construction business.
He will be remembered by his wife Ksenija (Savric) Reimer, his son Rudy (Jan), daughter Darlene (Randy), grandchildren Brittany, Ryan, Darryl (Tracey), great-grandchildren Matthew, Dallas, sisters Frieda (Waldo), Marianne (Elmer), nephews Allan, Christopher, Timothy and Jonathan, niece Laureen, step-sons Peter (Kathy), Tim (Ksenija), step-grandchildren Simon and Lily.
Rudy was born in the Ukraine and spent his younger years living in Germany. He immigrated to Canada with his mother and sisters at the age of 12 with nothing except what they could carry. By the age of 18, Rudy had started his own construction company and was building houses in the Vineland area. In the early 1960’s Rudy relocated to Burlington where he continued building prestigious houses. Rudy moved on to commercial projects in the 1970’s becoming a fixture in commercial real estate in Burlington with his buildings becoming the gateway to Burlington. Rudy retired from construction when he met and married his wife Ksenija.
Rudy was always proud of his accomplishments and enjoyed the opportunity to meet many Canadian and world leaders and dignitaries. He gave generously of his time serving on many boards and committees and was especially fulfilled by his involvement with many hospital and church organizations. Rudy worked hard for what he achieved in life and was very generous helping others less fortunate who found themselves in need of assistance.
However Rudy was most proud of his son Rudy, who was his right hand man through so many of his construction years, and his daughter Darlene who worked with him in many different capacities over the years.
Visitation will take place at Ridley Funeral Home 3080 Lake Shore Blvd. W. Etobicoke on Sunday December 1 from 4 pm to 8 pm, with the funeral mass to take place on Monday, December 2nd at Our Lady of the Miraculous Medal Church, 739 Brown’s Line, Etobicoke at 11 am, after which Rudy will be laid to rest at Assumption Catholic Cemetery, 6933 Tomken Road, Mississauga.

Share Your Memory of
Rudy
Upload Your Memory View All Memories
Be the first to upload a memory!
Admin Login | Website powered by FuneralTech & TA