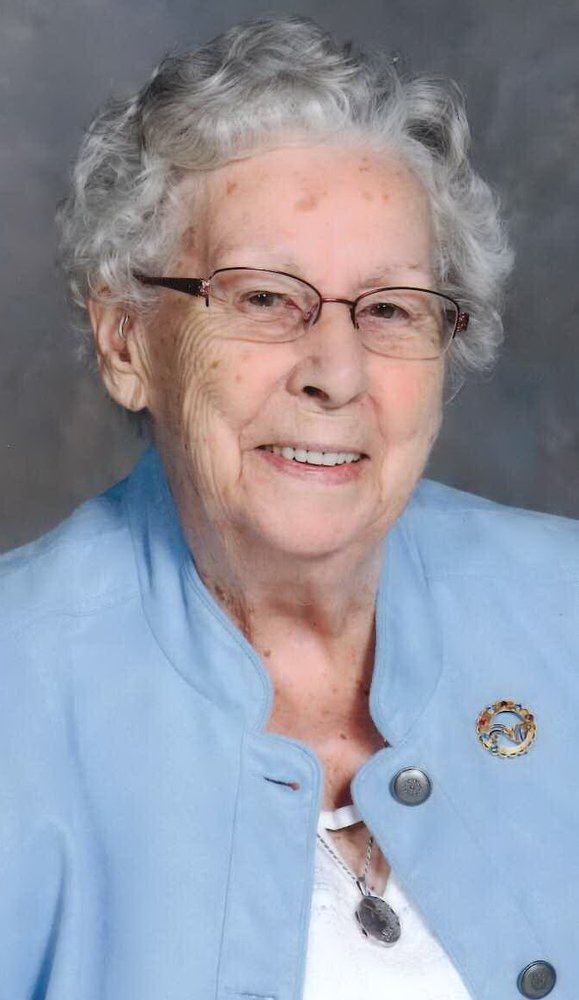 It is with heavy hearts that we announce the passing our of loving and beautiful mother, Verla Clinton, on January 19, 2020, aged 91.

Born on March 6, 1928 to Charles & Mina Lethby in Vineland and raised throughout the Niagara area, Verla was the youngest of ten children. In 1947, she met and married the love of her life, Jack Clinton, while working at Bentley’s Sporting Goods, and together they raised seven children. Moving to BC and returning to Ontario in 1950, they eventually settled in Jordan Station in 1964.

Verla was active in her community as a member, and often times President, of the Women’s Institute, the Club of the Twenty (Seniors) and Anglican Church Women through St. John’s Anglican Church, Jordan, where she spent many years attending services. During her time with the Church, she also participated in the annual Christmas Bazaar running the Bake Shoppe, spending many hours preparing for the event with her friends in the Hall kitchen. Verla even took a short turn at leadership in the local 4H Club, homemaking and gardening units, helping local girls achieve their goals.

She also enjoyed many hobbies, most particularly knitting and quilting, both for the Church Bazaar as well as her family.  Her quilts are her legacy.

Verla  was also an avid gardener, well known for her ‘teapot’ collection full of blooms.

Loving mother to Dwight (Dagnija) of St. Anns, Joan (Larry) Culp of Vineland, Diana (Robert) Bujas of Beamsville, Thomas of Jordan, James (Sandra) of Fonthill and Elizabeth (Steven) Mesaglio of Hamilton.  Wonderful Grandmother to 15 Grandchildren and their spouses, and 18 Great Grandchildren.  Caring Aunt to many on both sides.

Many thanks to the staff at Albright Manor for their care and compassion.

Share Your Memory of
Verla
Upload Your Memory View All Memories
Be the first to upload a memory!
Admin Login | Website powered by FuneralTech & TA