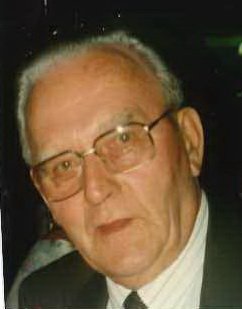 Labrie, Jacob - It’s with heavy hearts and beautiful memories that we announce the passing of our husband, father, opa and brother, Jacob Labrie, who went to be with the Lord on October 28, 2020. He was in his 100th year. He will forever be remembered by his family as a kind and loving man of strong faith.

He leaves behind his beloved wife Trudy, his children Agnes, Grace (Art), and Jim (Beth), his grandchildren Trevor, Brad (Megan), Julia (Alex), Tasha and Josh, and his great-grandson Jacob. He will also be missed by his brothers and sisters-in-law Kryna and Peter VanGeest and Claudia and Graham Poirier, and many nieces and nephews.

Jacob was born on July 2, 1921 in Vianen, Netherlands. He is the last surviving child of 14 children. He immigrated to Canada in 1949 and spent the first year working as a new immigrant at Schenck Farms in St. Catharines. Following that, he began his 35-year career working at General Motors, where he remained until his retirement.

While he was proud of his career, it’s no secret that his greatest pride and joy was his family. Jacob met and married the love of his life Trudy (nee Anker) on April 12, 1952 and they were married for 68 years. They lived their entire married life in Vineland where they raised their family and watched their grandchildren grow up as well.

A private family service will take place on Monday, November 2, 2020 with interment at the Vineland Cemetery. Jacob and Trudy spent many happy years residing at the Orchardview Apartments and now his final year and a half at the United Mennonite Home in Vineland. We are so grateful to the staff for the wonderful care they provided for Jacob, and now for Trudy. In lieu of flowers please send memorial donations to the United Mennonite Home in Vineland.