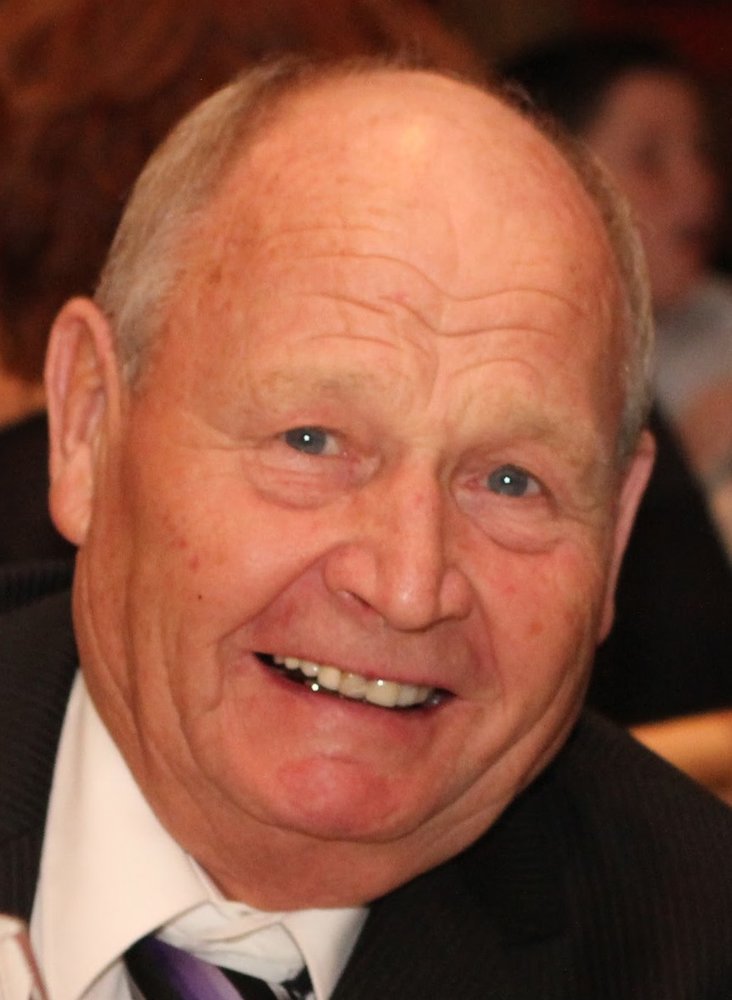 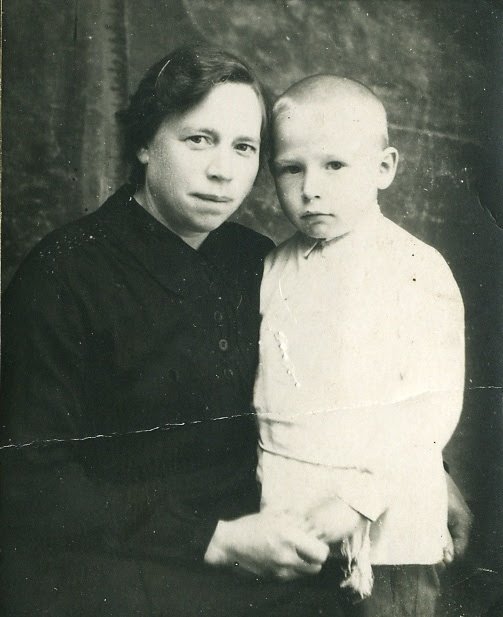 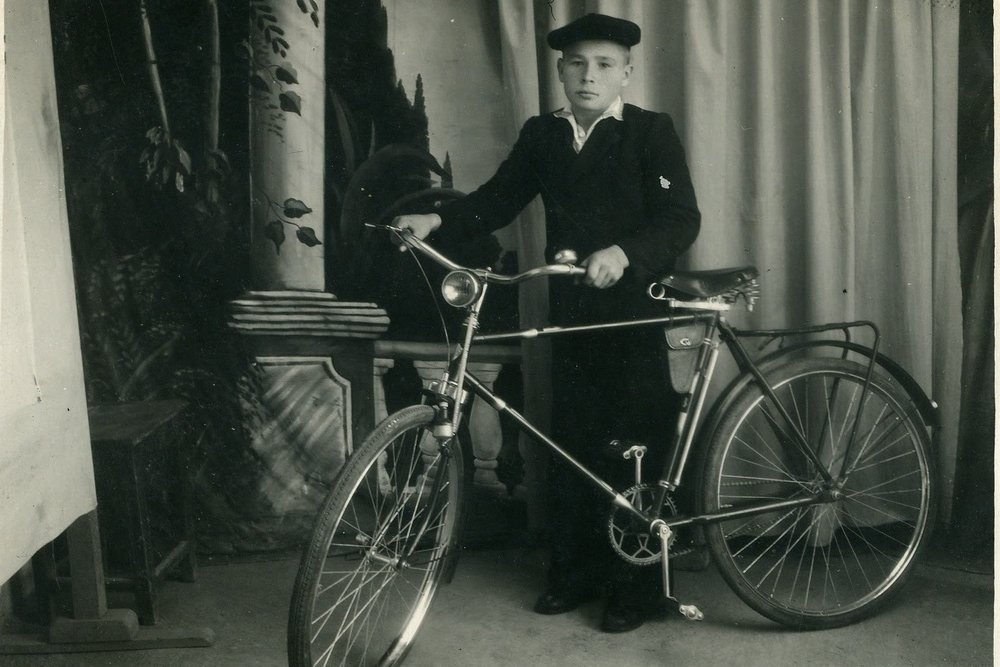 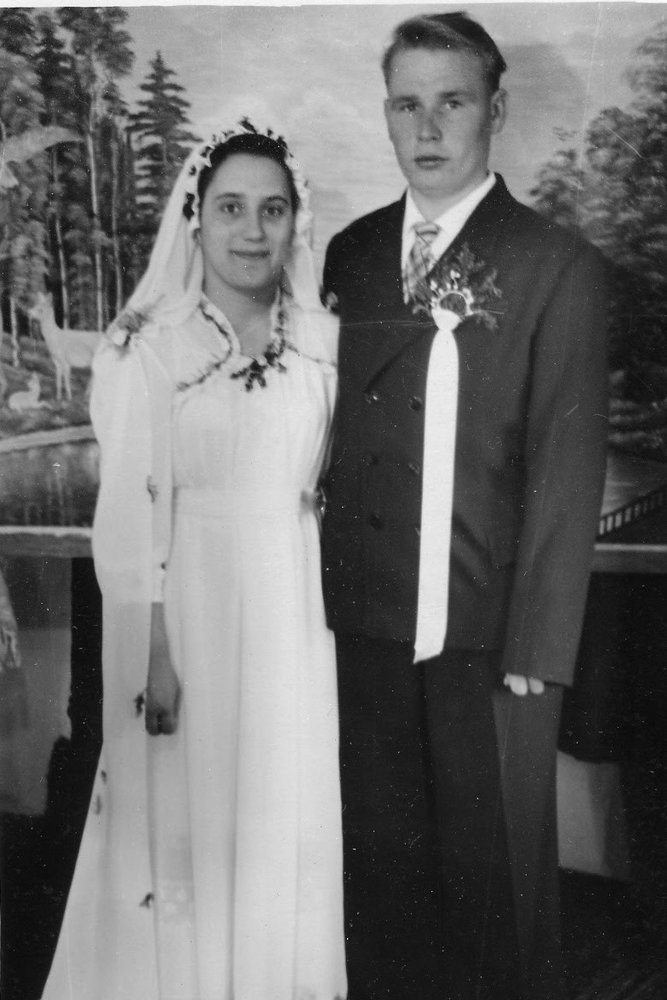 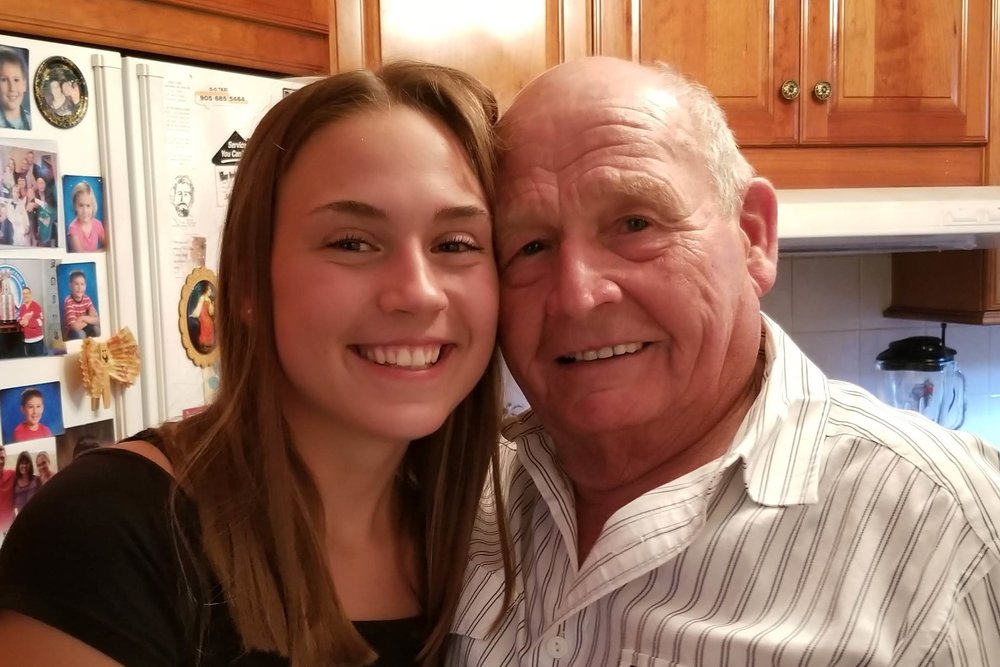 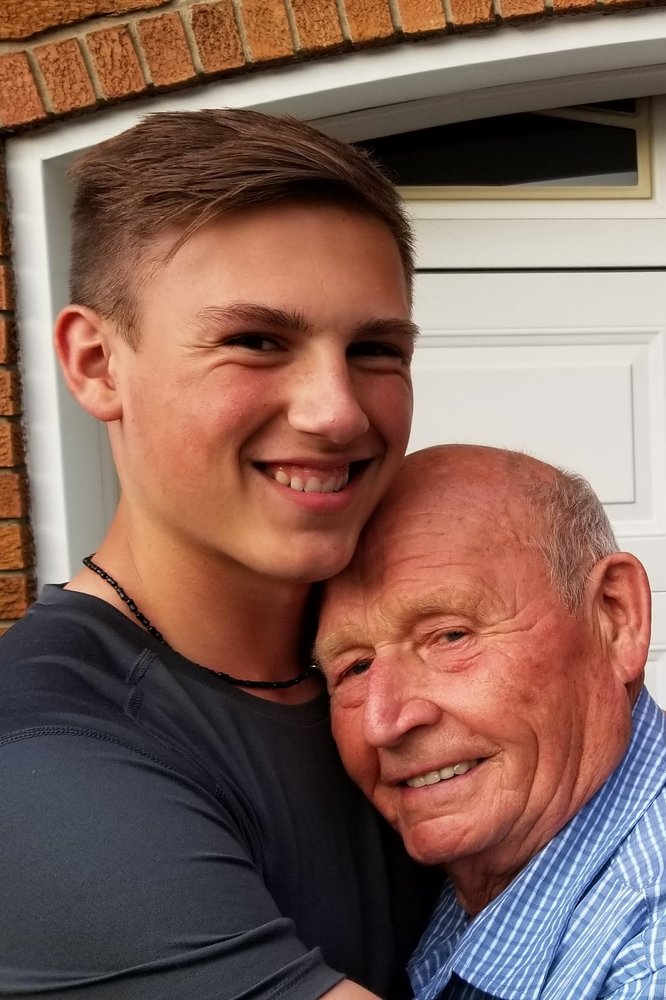 Our dear Dad and Opa lived a full life.  He always had a plan and a purpose for each day.  He lived a life of gratitude, generosity, and love.  Hans Neufeld was born in Elizabethal, Ukraine to Margarita (Friesen) & John Neufeld.  Shortly after when the war broke out, his father was taken away, while he and his mother were displaced to Kazakhstan.  Although his childhood was marked with lots of adversity, Dad was always grateful for his mother’s strong faith and the sacrifices she made for him.  She was his buffer in the midst of poverty and hunger.  At the age of 10, he discovered that his father was still alive and had fled to Canada through the aid of Mennonite Central Committee.  This was the beginning of his lifelong dream to be reunited with his father.

Dad had to serve in the Russian Army but was discharged early to look after his ailing mother who passed in 1965.  In 1961, he married Ekaterina Warkentin.  Together they loved and supported each other for 59 years.  Dad was an ambulance driver while Mom was a nurse at the local hospital in Zhitikara.  They were blessed with 2 children (Irena & John).

For 13 years, our Dad applied to visit Canada to see his father.  Although Canada would approve the applications, the Russian government would deny them.  Then by God’s grace in 1979, he and his son John were granted permission to visit.  He was reunited with his father and 2 years later our family was able to immigrate to Canada permanently.  Our family settled in St. Catharines where Hans’ father & step-mother (Agnes Willms) lived.  Later that year, our cousin Anna Ladner would also immigrate and live with us. We all became a part of the St. Catharines United Mennonite Church.

Our parents left everything behind in the hopes of a better future for their children.  Dad was fortunate to get a job at Elmwood Kitchens.  “Hanzy” found a home for all his mechanically minded gifts and looked after the maintenance department for 29 years.  He was loved and admired by his colleagues for his work ethic, joking nature, and generous spirit.

Dad loved deeply, listened carefully, laughed often, and delighted in the company of family and friends. He welcomed our spouses (Ken Hagan/Andrea Shantz) with open arms.  He also welcomed Julia (Steve) Ladner when she immigrated.  He loved the families of his nephew Willi (Helene) Dueck, niece Lydia (Anatoli) Spies and friends and relatives in Germany/Russia. He loved to share stories and hear your story. He created memories wherever he was and made everyone he encountered feel special.

His greatest joy in life was being an Opa to Micah & Mikayla. All of life’s adversities, risks, and hard work were worth seeing his grandchildren grow up with very different circumstances than his own.  Dad would often comment about how lucky he felt for the life God had given him.  Dad was incredibly grateful for God’s love, grace, and forgiveness in his life.  We are forever grateful for his life and example.

In lieu of flowers, donations to Mennonite Central Committee or House of Friendship would be appreciated. Due to Covid restrictions, a private family service will be held on Saturday, January 9, 2021 at 10am.  Friends are invited to watch the live stream of the service on Tallman Funeral Home’s Facebook (https://fb.watch/2__vMwe5MP/).