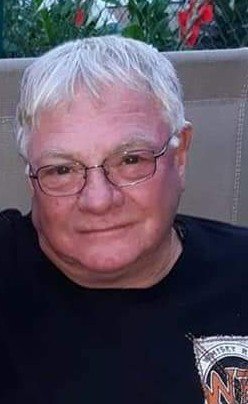 The family of Henry Van Der Scheer would like to invite those who knew him to a Celebration of Life on July 16, 2022 from 2 to 6 pm  (open house ) at the Beamsville Legion, 5545 King St, Beamsville.

He was predeceased by his late wife Beth of 39 years.

He will be missed by his wonderful great grandchildren Carter and Peighton.

Hanks leaves behind many Aunts, Uncles, and cousins.

Hank will be deeply missed by his very close circle of friends including Gloria Wissel his ‘adopted' sister.

Hank was still working at Earl Paddock Transportation . He had been there for over forty years and was very passionate about his role within the company.

The Paddock’s were another extension of his family who he deeply respected. For Hank work was work; after work, play was play

Hank was a long time dart player on both men’s and coed teams. He recently was in touch with his Dutch heritage and started dabbling in gardening.

Hank will leave an empty hole in many hearts that can only be filled with fond memories and the great times spent together. May he rest in peace!!

Beth and Frankie, Hanker is on his way for just one more!!