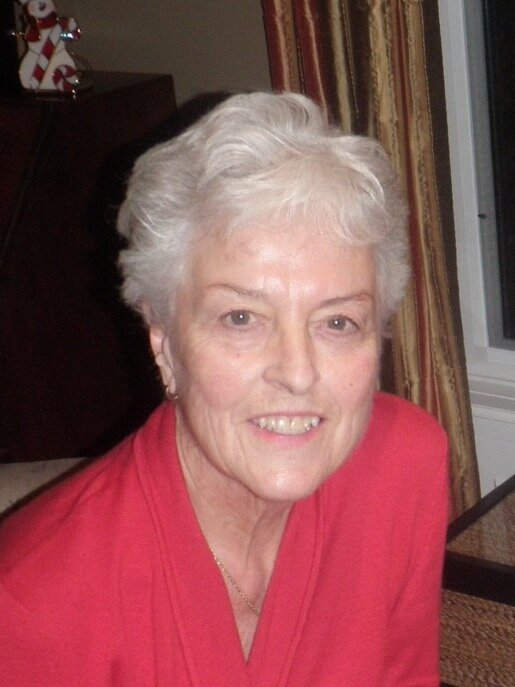 ANN RIDLEY BLYTH (Lewis). June 27, 1934 to January 15, 2022. Ann was born in Wales, raised in England and married the Love of her Life (Richard) Colin Wolfram Blyth on February 11th, 1956. Ann and Colin immigrated to Canada in 1957, first settling in Toronto before raising their family in Mississauga. Ann and Colin retired to Vineland, enjoying many activities, friends and travel.

Ann’s greatest love was spending time with her family and friends. The family cottage near Parry Sound is where she and Colin spent many years enjoying life to the fullest. Ann was always an active community member, as well as an active Anglican, singing in many choirs.

A heartfelt thank you to the staff at Cama Woodlands LTC in Burlington.

If desried, memorial donations may be made to the Alzheimer Society or Cama Woodlands LTC in Lieu of flowers.

A private family service will be held at a later date.

A Memorial Tree was planted for Ann
We are deeply sorry for your loss ~ the staff at Tallman Funeral Homes - Vineland
Join in honoring their life - plant a memorial tree
Share Your Memory of
Ann
Upload Your Memory View All Memories
Be the first to upload a memory!
Share A Memory
Plant a Tree
Admin Login | Website powered by FuneralTech & TA | Privacy Policy | Terms of Use