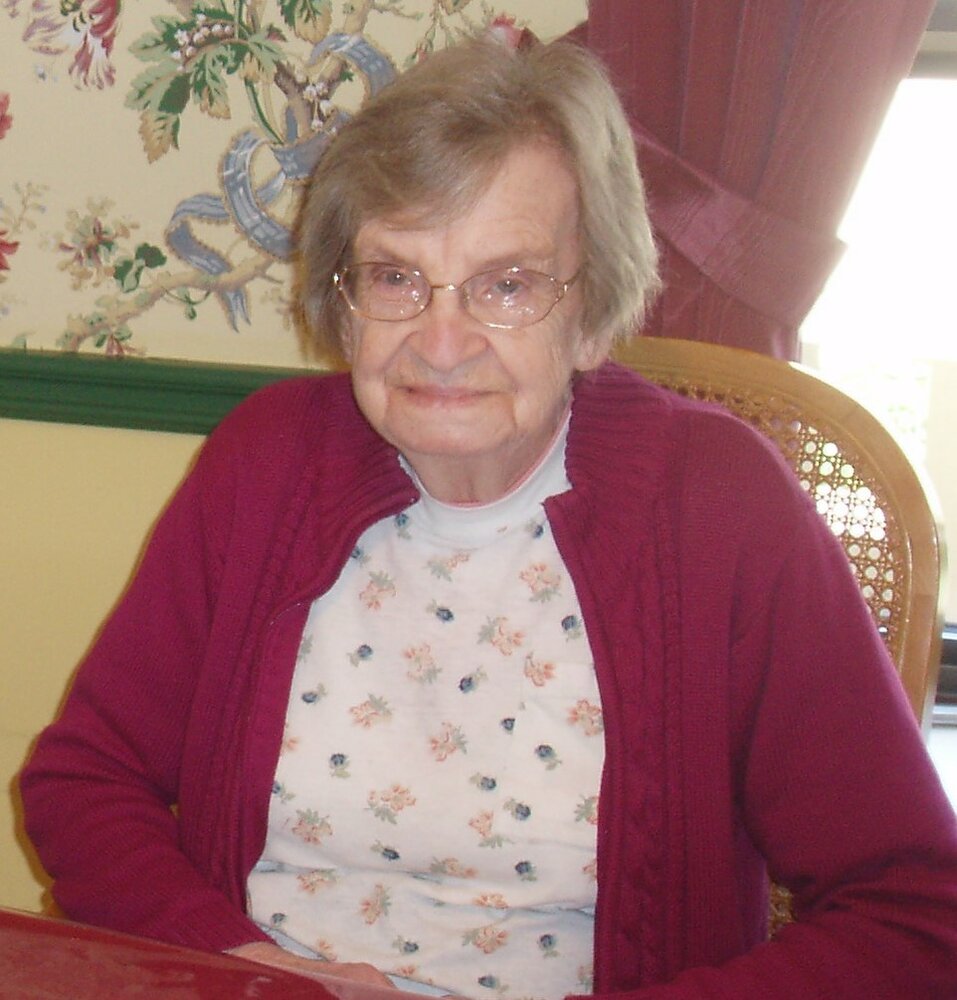 Please share a memory of Jean to include in a keepsake book for family and friends.
View Tribute Book

It is with sorrow that we announce the passing of our mother Jean Marie Topp nee (Inglis) just three days after her 87th birthday.

Jean was born 31 Jan 1935 in Smithville ON, she was the eldest daughter of Anna and William Inglis and grew up with her sisters Betty (Howard) James and Wilma (Ken) Lounsbury.

After completing her schooling, she went to work for Bell as a telephone operate.  She met Hugh Aubrey Topp and they were married in Sep 1953.  They later moved to a farm in Beamsville and raised their seven children Barbara, Cindy, Lee, Cathy, Jim, John, and Kim.

She had a love for gardening and later in life went to work in the local greenhouses.  After the passing of her husband in 2000 she remained on her own until an accident and health issues forced her into care. We would like to thank the staff of the United Mennonite Home in Vineland for the care they provided in the last years of her life.

A Memorial Tree was planted for Jean
We are deeply sorry for your loss ~ the staff at Tallman Funeral Homes - Vineland
Join in honoring their life - plant a memorial tree
Share Your Memory of
Jean
Upload Your Memory View All Memories
Be the first to upload a memory!
Share A Memory
Plant a Tree
Admin Login | Website powered by FuneralTech & TA | Privacy Policy | Terms of Use