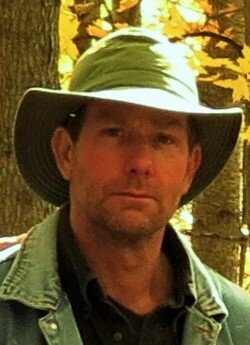 Please share a memory of Harold to include in a keepsake book for family and friends.
View Tribute Book

On May 9th, 1964, Harold Loewen became the firstborn child to Werner and Adelheid (Neufeld) Loewen. He grew up in a newly settled town called Valencia in the Fernheim Colony, in the Chaco region of Paraguay. Being the eldest of five children on a farm in a third world country came with early responsibilities - around five years old he would be expected to help with gathering kindling, collecting eggs, and rounding up the calves each night. Farm work began soon after, and he and his siblings ploughed fields, picked cotton and peanuts, herded cattle, milked cows, and generally helped their parents to survive. God’s hand over Harold was seen from the beginning, through sickness, accidents, and close calls with farm animals and wildlife.

He excelled in school as an energetic boy - an avid reader, gifted student, and exceptional athlete who became well known for his gymnastic, acrobatic, and track and field talents. His true passion was, however, always found in the mechanical world. Dirt bikes were his great joy, and from there he developed a natural skill for fixing all manner of motors and machines.

Harold was always well known for his incredibly hard-working nature, ingenuity, resourcefulness, practicality, and ability to fix almost anything. He was a gifted and heavily-relied-upon problem-solver in his workplaces, both in Paraguay and after he moved to Canada. At 17, he left home and school to work at a mechanic shop, taking two additional jobs to make enough to pay for his room and board near kindly old Anna Wiens. Here he met her granddaughter, Veronika (nee Esau), and they quickly became close. Roni admired this strong, quiet, young man, and he doted on her. Their relationship impacted Harold’s faith as well - he dedicated his life to the Lord and was baptised soon after at the age of 20.
They were engaged in 1986, their wedding plans were spurred on by the Loewens’ impending move to Canada, and they were married on May 23, 1987 in Filadelfia, Paraguay.

The Loewens immigrated to Winnipeg August of 1987, and after a job offer in Ontario, Harold and his new wife moved to St. Catharines. Their first child, Lee, was born November 29, 1988. Shortly after their daughter Sheila was born they bought a house in Virgil, where they have lived since. Shannon was born 7 years later in 1999, and the family was complete.

Harold was an adventurer at heart. He loved dirt-biking, hiking, and backcountry canoe trips with his family. His fun-loving, boyish and creative side showed through a hand-built trike, go-kart, and other exciting toys and contraptions that he shared with his family, friends, coworkers. Harold took an active role in sharing his talents with his community - he helped to lead Boys’ Club, helped with church maintenance and was a sound technician many Sundays.

ln his later years, he revelled in spending time with friends and family at their long-worked-for property up north where he designed and built a beautiful cabin for his family.

In 2016 he was diagnosed with a rare cancer - merkel cell carcinoma - and so began a 6 year battle through multiple surgeries, sessions of radiation, immunotherapy, and chemotherapy. Harold continually confounded health care workers with his resilience and strength, giving his family new hope several times over. Through this journey, Harold's strong character shone through - courageous, peaceful, humble and reliant on God, with unending care for his family before himself. His fight came to an end at home on February 14th, 2022, surrounded by his family.

He will be remembered as humorous and joyful, remarkably practical and hard-working, brave and strong but humble and wise, a kind and generous friend, a steadfast and helpful father, a thoughtful and caring husband. Though he lived only 57 years, his impact seemed like that of several lives.

He joins his own father Werner in heaven, and is survived by a loving family - his mother Adelheid, his siblings Frieder, Juergen, Ellen and Wesley with their families, his wife Veronika (nee Esau) and son Lee with wife Becky and son Max, daughter Sheila with husband Matthew, and his youngest daughter Shannon. He will be painfully missed and warmly remembered.

The Celebration Service will be held at Cornerstone Community Church - Orchard Park Campus, 434 Hunter Rd, Niagara-on-the-Lake. on Saturday February 19, 2022, doors open at 3:00pm, service starts at 3:30pm. The service will be livestreamed at this link: https://www.youtube.com/watch?v=lAXmmVDGB_8

In lieu of flowers, the family would appreciate letters sharing memories, and, in keeping with his practical and industrious manner of helping others, donations can be made to MEDA in his honour. https://give.meda.org/page/64451/donate/1

A Memorial Tree was planted for Harold
We are deeply sorry for your loss ~ the staff at Tallman Funeral Homes - Vineland
Join in honoring their life - plant a memorial tree
Share Your Memory of
Harold
Upload Your Memory View All Memories
Be the first to upload a memory!
Share A Memory
Plant a Tree
Admin Login | Website powered by FuneralTech & TA | Privacy Policy | Terms of Use