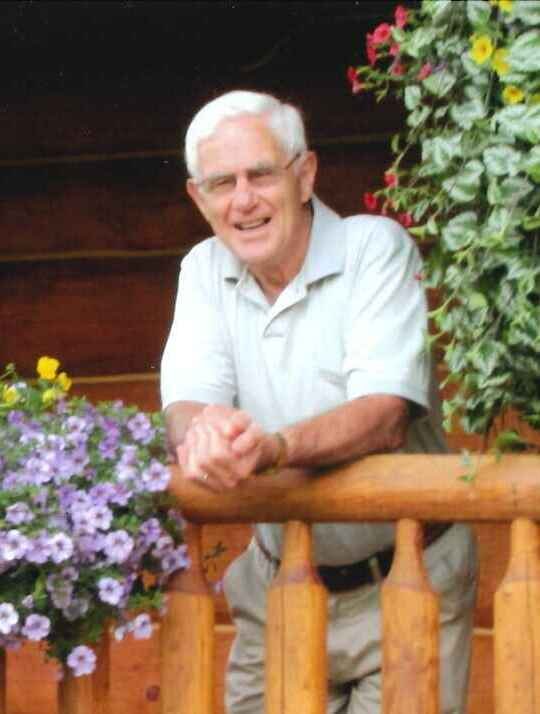 Please share a memory of Walter to include in a keepsake book for family and friends.
View Tribute Book

Gord Walt Wichert - July 11, 1930 to March 23, 2022 On July 11, 1930, in a little “farm help-house a baby boy was born. They named him Walter. A few years later the family moved to Niagara-on-the-Lake. Walt loved growing up in rural Niagara, a safe community where after chores were done, he and his buddies were free to explore and enjoy many interesting places. A skilled, competitive athlete, Walt enjoyed sports in every form, whether playing, coaching or as a spectator.

He chose teaching as his career. For the next 30 years he worked for the DSBN, teaching Industrial Arts at various Elementary schools in St. Catharines. He taught his last class at Virgil Public School where years earlier he walked through the doors as a first-grade pupil. When the opportunity was given to take early retirement, he took it. His marriage to Edith (Voth) in 1961 was a joyous occasion, celebrated with family and friends. It was a happy, healthy marriage lasting 61 years.

Following the death of his father, Walt and Edith purchased his parent’s retirement home situated in the heart of Virgil. For the next 39 years they enjoyed the wonderful neighbourhood. Walt was diagnosed with angina and in 2002 underwent successful quadruple bypass surgery. The decision was made to sell the family home and move to Martindale Place in St. Catharines.

Retirement opened a whole new world of service opportunities. Camp Crossroads quickly became a favourite place to serve. In that beautiful setting, living in community, it was the ideal place to practice his handy man skills. With MDS, he rebuilt homes in St. Croix. MCC provided a chance to manage a Ten Thousand Villages shop in the Blue Ridge Mts. Sowers took him to Texas and Florida to volunteer at camps and schools. He was an adventurous traveller, always delighting in the thrill of exploring new foods, cultures, and countries. By car, bus, train, airplane and cruise ship, Walt’s list of places to see, with unexpected destinations thrown in, was being realized.

In his early eighties, although physically fit, it became evident that changes were happening. Slowly, relentlessly, dementia took over his life. He recognized the symptoms and shared his concerns with the family. In a heart wrenching but beautiful moment, they assured him of their love and support. He had been “the wind under their wings”. Now they would be that for him. Dementia knows no boundaries.

Garden City Manor became his new home in September 2018. Very quickly the caring staff and residents learned to love and respect the quiet, agreeable and contented gentleman. He lived there for the next three and a half years.

He will be remembered with love by Edith, children Steve and Brenda (Wichert) Hiebert, Gord and Juli (Wilcox), Doug and Gayle (Friesen) and their families, his last remaining sibling, Marian Loewen, brothers and sisters in-law, nephews, nieces, and friends.

Cremation has taken place. A private family interment will be followed by an Open House on Saturday, April 2, from 2-5 pm at the Orchard Park campus, 434 Hunter Rd., NOTL. For those wishing to make a memorial donation, we invite you to contribute to a charity of your choice or to Walt’s favourite – Camp Crossroads.

As a family we say farewell with a quote from a letter sent to Gramps on his 90th (Covid) birthday by a grandson: “I am sorry I can’t visit you, but live with the heartfelt belief that I will see you again – new body, new mind, new soul. I love you Gramps”.

A Memorial Tree was planted for Walter
We are deeply sorry for your loss ~ the staff at Tallman Funeral Homes - Vineland
Join in honoring their life - plant a memorial tree
Share Your Memory of
Walter
Upload Your Memory View All Memories
Be the first to upload a memory!
Share A Memory
Plant a Tree
Admin Login | Website powered by FuneralTech & TA | Privacy Policy | Terms of Use