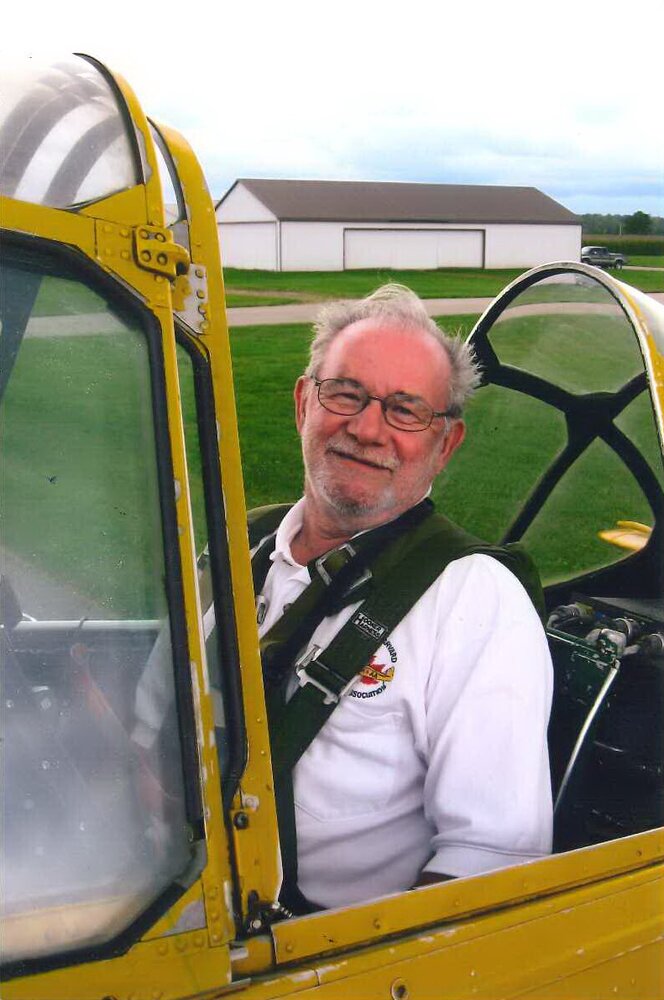 Please share a memory of Larry to include in a keepsake book for family and friends.
View Tribute Book

Larry worked at many jobs in his lifetime. He worked for the Department of Highways, Shaver Hospital and the Ministry of Agriculture & Food.  He also worked in the Plumbing, Heating and Plastering trades in between.

Larry was a man of many talents; he built his own home at the young age of 21, where he and Juanita raised their children and lived there for 64 years.  He was an excellent craftsman and has furniture he built in many homes, as far away as Vancouver Island.

Larry loved a challenge and thought it would be neat to build an 18ft. sailboat in his driveway.  It was a 5 year project.  Upon completion, he sailed it once and then stored it in his neighbours field.  He eventually sold it.  The challenge was in the building of the boat, once that was achieved he lost interest.

Larry was an aviation buff.  He was a member of the Tillsonburg Harvard Association and the Warplane Museum.  He took many flights in the Harvard Trainers and other WWII planes.  One of his greatest joys was a flight in the Lancaster Bomber, he reminisced about that for years.

Once Larry retired, he and his good buddy, Ralph Lane, decided to join the Virgil flying club where they were taught to fly remote controlled model planes.  The boys and their friends, Bob, Ross and Hans spent hours flying on their own private airstrip at Ralph's farm in St. Ann's.  There wasn't a tree or building that was safe from impact when these angry, little planes came in for an uncontrolled landing.  The boys would pick up the pieces, patch them together and fly again.

Larry struggled with dementia the last 2 years of his life.  It took his identity but brave soul that he was he fought on until it took his life on April 24, 2022.

This was your last flight Larry.  God Speed.

Memorial donations in Larry's memory may be made to West Lincoln Memorial Hospital, Alzheimer's Society or the Hamilton Warplane Museum.

There will be memorial visitation at the Vineland Chapel of Tallman Funeral Homes, 3277 King St. Vineland on Sunday, May 1st from 2-4pm.  Larry's ashes will be interred  at Lane's Cemetery, St. Ann's at a later date.

A Memorial Tree was planted for Larry
We are deeply sorry for your loss ~ the staff at Tallman Funeral Homes - Vineland
Join in honoring their life - plant a memorial tree
Share Your Memory of
Larry
Upload Your Memory View All Memories
Be the first to upload a memory!
Share A Memory
Plant a Tree
Admin Login | Website powered by FuneralTech & TA | Privacy Policy | Terms of Use