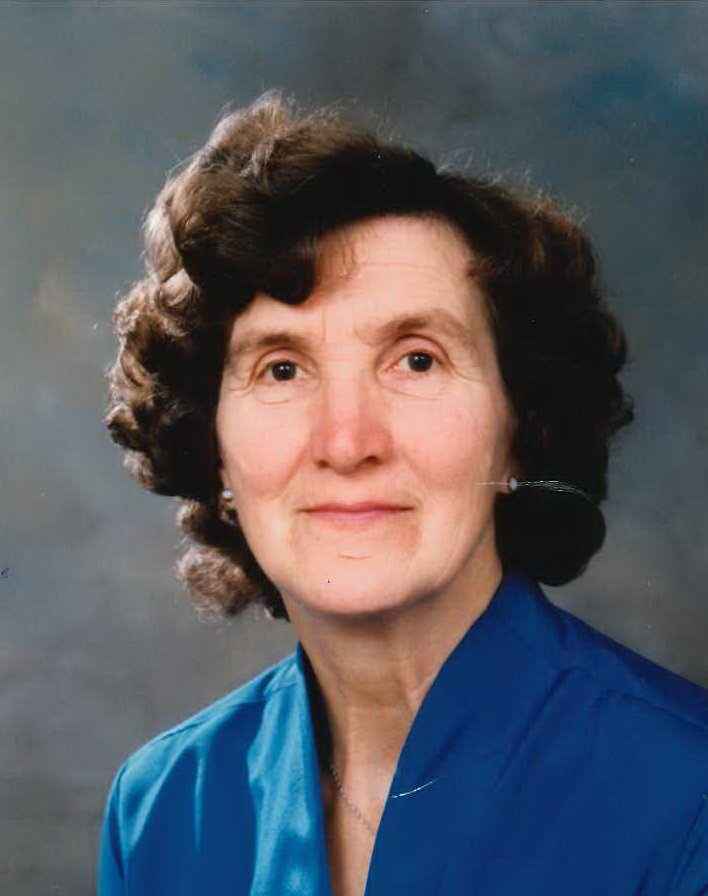 Please share a memory of Katie to include in a keepsake book for family and friends.
View Tribute Book

Katie Weinberger passed away peacefully on May 4th 2022, at Henley House where she was a resident since August of 2017.

Katie Weinberger was conceived in a railway car in the southern Russia county of Orenburg, under Stalin communist rule.  Her family fled Russia in the darkness while they dodged bullets from the roving Bolshevik military. The journey by boat started near the end of September and finally arrived in Laird, Saskatchewan just before Christmas in 1926.  Katie (nee Lepp) was born January 19, 1927.  She was the 10th child of a family that eventually had 12 children.

Her family moved around a lot in her early years before settling in St.Charles just north of Winnipeg.  She graduated from grade 12 in Winnipeg.  She came to St. Catharines where she earned a Commerce certificate that she put to good use as the personal secretary to the then Mckinnons Plant Supervisor.  This was a relationship that both enjoyed.  While Mom eventually left work to raise her children, she would return for a 6 to 9 month stint in the early and mid sixties.

On September 23, 1954 she married Albin Weinberger.  The couple met at Club Heidelberg where they met on the dance floor.   Having a shared faith was both important to each other.  And the fact that Albin Weinberger was a trained dancer in series of Austrian, and traditional dance styles, was the clincher for Katie as being twirled and held through Albin's favorite "Tango" dance spoke volumes to her. That convinced her that this was Albin's love language.

Katie enjoyed participating in the life of the St Catharines United Mennonite Church.  She and Albin served as deacons for one term, participated in her women's group for frequent celebrations and service, that included prepared meals, a church bowling league, Sunday School participation, and girl's club helper.  Her family home on Third Avenue Louth became a shelter for many people.  She led more than a few compassionate mission efforts mostly to a variety of people who lived on the fringes of life: the family home hosted and welcomed homeless people, others with mental illness, destitute refugees, single mothers and their kids, ex convicts, those who did not mix well with others, poorer people, students from countries with emerging economies, and travellers from Europe, and many parts of North America, all of whom could not return the invitation.  That was by design and personal conviction.

The ministry that was Katie's greatest source of joy was the 17 years she spent with an interdenominational prisoner visiting group called "Visiting Friends," at the Niagara Regional Detention Centre.  She became the leader of that group for 10 years.  Her "boys" as Katie would call them, often asked Katie to visit them when they were directed to several federal penitentary centres in Ontario after sentencing.

Katie never really retired from visiting those who may need words of encouragement, acts of kindness, and a hug at her Henley House Long Term Care home neighbourhood.  Even staff were included in her "pick me up" pleasure, leading at least one staff member there to say, "We have no one here who does things like that."  She will be well remembered and sorrily missed for the memories she left behind.

Visitation will be at St Catharines United Mennonite Church, 335 Linwell Rd., on Monday, May 9th, starting at 10 am with funeral service to follow at 11:00 am.

A Memorial Tree was planted for Katie
We are deeply sorry for your loss ~ the staff at Tallman Funeral Homes - Vineland
Join in honoring their life - plant a memorial tree
Share Your Memory of
Katie
Upload Your Memory View All Memories
Be the first to upload a memory!
Share A Memory
Plant a Tree
Admin Login | Website powered by FuneralTech & TA | Privacy Policy | Terms of Use