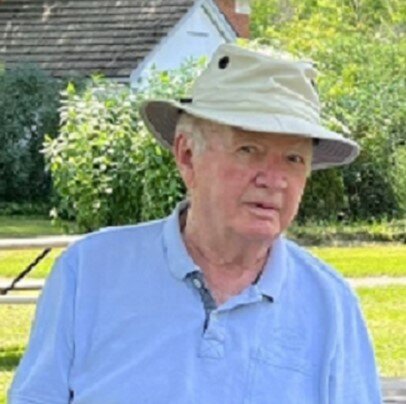 It is with great sadness we announce the sudden passing of Donald James Gilchrist, on 3 August 2022. He recently celebrated his 90th birthday with his family. He was happy and healthy in recent years. No one expected his sudden death would gather us again for our final goodbyes.

Don was predeceased by his parents Donald and Mona (née Crozier) and survived by his siblings Bruce (JoAnne), and Heather.

Don was a member of the Lincoln and Welland Regiment Army Cadets and then Army Reserve. When he turned 18 he became a member of the RCAF from 1950 to 1973 proudly serving as a pilot in Search and Rescue and Transport squadrons, and as a pilot instructor. After retiring from the RCAF he worked for the DOT for 15 years and with ICAO for 4 years and travelled with Gina. He volunteered at the Aviation and Space Museum in Ottawa and the Canadian Warplane Heritage Museum in Hamilton. He will be remembered by all for his many tales and quirky sense of humour. He is missed by his siblings, children, grandchildren, nephews, nieces, extended family and friends.

He loved to fly and now has his final set of wings.

In lieu of flowers please send memorial donations to the Canadian Cancer Society.

The funeral service will be 13 August at 11 AM at Tallman Funeral Homes Vineland Chapel 3277 King Street Vineland, ON L0R 2C0