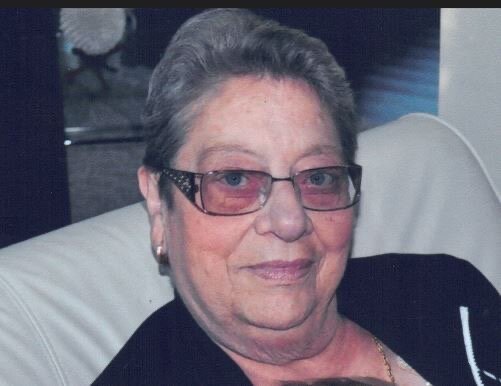 With broken hearts the family of Maria Loffredo announces her peaceful passing on October 4th, 2022 with her loving daughters by her side.

Maria leaves her daughters Rose Loffredo and Angela Casey along with Sons in law Shaun Casey and Mario Baruzza as well as her greatest treasures grandsons Zachary Casey, Christian Baruzza and Alexander Baruzza.

Maria also leaves behind many nieces and nephews whom she loved very much.

In 1958 Maria immigrated to Canada from Italy with her parents and siblings. And In 1959 she married her love Fernando.

In 1974 they bought their first farm and so began their life as fruit growers. Dads passion for farming was equaled by moms and together they built a good life for their three daughters.

Mom was a strong, no nonsense type person who faced health challenges over the years with determination and faith. Many times we feared losing her only to jump back stronger than ever. She set an example that we,her family, hold dear.

Mom will will miss you terribly but we know that you’re having an espresso with dad and uncle Al.

Visitation at Tallman Funeral Homes, 3277 King St., Vineland on Thursday October 6 from 2-4 and 6-8pm. Funeral mass will be held at St. Helen’s Church on Friday at 1030am  followed with burial at Pleasantview Memorial Gardens in Fonthill.

A Memorial Tree was planted for Maria
We are deeply sorry for your loss ~ the staff at Tallman Funeral Homes - Vineland
Join in honoring their life - plant a memorial tree
Share Your Memory of
Maria
Upload Your Memory View All Memories
Be the first to upload a memory!
Share A Memory
Plant a Tree
Admin Login | Website powered by FuneralTech & TA | Privacy Policy | Terms of Use