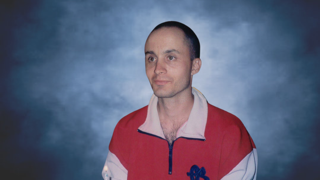 Quin was born on Sept 11, 1972 and raised in St Catherines, Ontario. After graduating from Niagara college, he moved to Toronto where he worked various jobs until opening his own business as a dog walker and groomer, along with other pet related services.

He was active in his community centered on pets and people. A bachelor all of his life, spending time with pets of his own. He was a creative artist in several forms of work, such as painting, sculpture, photography, and music.

He was appreciated in his neighborhood for his kind and helpful demeanor, and was good with children even though he had none of his own. He always got along well with his sister and brother.

He moved back home with mom and dad in November 2018 when his illness made it too risky to live alone in the big city.

On October 7, 2022  he left this world and he has now moved to a bigger city in the heavenly realms, and adopted into a new family with his heavenly father.

We will miss him dearly until we join them at a later date.

Funeral service will take place on Thursday, October 13th at Scott Street MB Church (339 Scott St, St. Catharines, ON) at 11am with visitation beginning at 9:30am. Cremation to follow.

In lieu of flowers, memorial donation may be made to the Walker Family Clinic at Niagara Regional Hospital or Lincoln County Humane Society

The family wishes to thank everyone that was involved with caring for Quin.

A Memorial Tree was planted for Quin
We are deeply sorry for your loss ~ the staff at Tallman Funeral Homes - Vineland
Join in honoring their life - plant a memorial tree
Share Your Memory of
Quin
Upload Your Memory View All Memories
Be the first to upload a memory!
Share A Memory
Plant a Tree
Admin Login | Website powered by FuneralTech & TA | Privacy Policy | Terms of Use