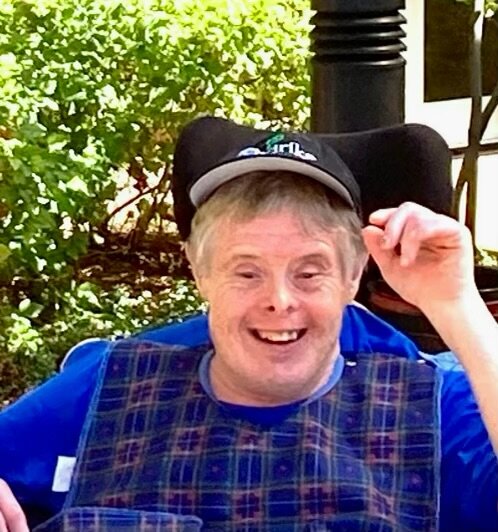 Peacefully and with family at his side Dennis Nicholas Hendriks has been called to the arms of our Heavenly Father in this his 58th year.

Dennis worked his entire career in the family business (Hendriks greenhouses) most notably in the shipping department. Always the centre of attention and happiest when those around him where happy. A truly beautiful soul that brought out the love of Christ in those he touched. He loved his family and all Toronto sports teams but especially his beloved Maple Leafs.

His laughter and infamous lines will be missed. There can be no doubt that Heaven has gained an angel. A special thank you to the staff at Shalom Manor and especially Shelly for the compassionate care these last few years.

In lieu of flowers donations to St. Helens building fund or Shalom Manor in Grimsby are greatly appreciated.

A Memorial Tree was planted for Dennis
We are deeply sorry for your loss ~ the staff at Tallman Funeral Homes - Vineland
Join in honoring their life - plant a memorial tree
Share Your Memory of
Dennis
Upload Your Memory View All Memories
Be the first to upload a memory!
Share A Memory
Plant a Tree
Admin Login | Website powered by FuneralTech & TA | Privacy Policy | Terms of Use