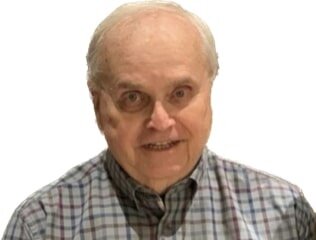 It is with deep sorrow that the family of Donald Mackenzie Smith, a resident of Welland, Ontario announces his passing on Monday December 19, 2022.  Born August 21, 1941, Don was the son of the late Mackenzie and Muriel Smith.

Don, also known affectionately as Gibby, will be deeply missed by Jackie, his wife and soulmate of 57 years. He was the cherished and loving father to Greg (Jane) and Kevin (Sarah).  Don adored his grandchildren Miles, Eleanor, Willa, and Greta. He was a beloved big brother to Ken (Joyce) and Dave (Christine).

Don was a graduate of the University of Western Ontario and received his Chartered Accountant designation with the firm Clarkson and Gordon.  Don spent the early years of his career as an executive in the food and beverage industry before becoming a partner at Wedgbury, Smith and Bonebakker in Bolton, Ontario.  Deeply devoted to his community, he volunteered on the Board of Directors of the Headwaters Tourism Association, the Headwaters Health Care Centre in Orangeville and served as President of the Caledon Chamber of Commerce.

Don was passionate about sports. He was an active member of the Alpine Ski Club and an avid golfer.  He loved selecting his NFL football picks each week and watching live sporting events. Some of his happiest times were spent traveling with Jackie and summers at the cottage.

Don will be remembered for his huge heart, endless generosity, and dedication to his family and friends.

We want to thank the doctors and staff at Juravinski, Welland and Port Colborne hospitals for their outstanding care and compassion. We extend our special gratitude to Dr. Woodland for his kindness and exemplary support.

A memorial service will be held on January 6 at the Vineland Chapel of Tallman Funeral Homes, 3277 King St.,Vineland at 2pm. Additionally family and friends are gathering on Thursday, January 5 from 5-7pm at the chapel.

The family invites those who wish to express sympathy to consider donations to the Juravinski Cancer Centre Foundation in Hamilton or a donation to the charity of their choice in Don’s name.