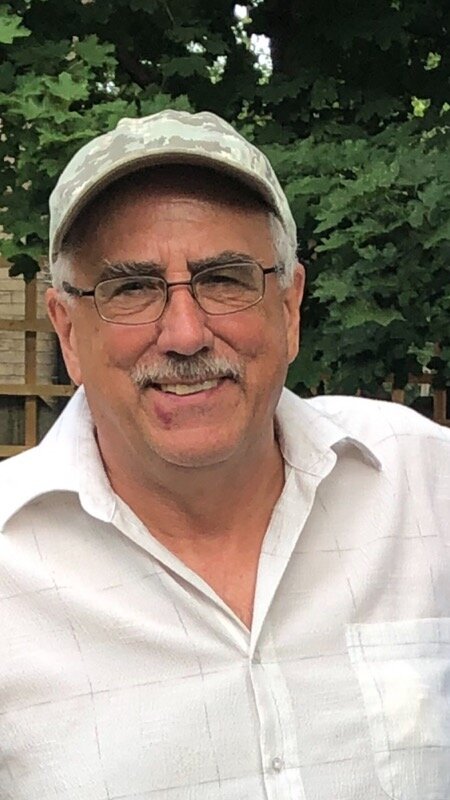 Monday December 19th2022, David passed away suddenly, at his home in Vineland, Ontario.  He was 67 years old.  He was predeceased by his mother, Betty (Clark), his father Dave McLean and his wife Hazel McLean.  He will be greatly missed by his three brothers and their wives: Steven and Sarah, Colin and Anna, Shawn and Hollie.  He was a loving uncle to his two nieces: Jennifer McLean and Nicole McLean and his great-niece Callie.  He was affectionately known as Grampa Dave to Alice and Ruby Johnson.  David had a significant amount of friends from various areas of his life and will be greatly missed by his church family at Faith Factor Ministries.

David was born on November 1, 1955, at Oshawa General Hospital to David and Betty Clark McLean, the second born of four boys.  Betty lovingly noted that the chosen name David means “Beloved” in Hebrew. David loved his parents, whom he regarded as warm, caring, and compassionate to him and his brothers.

David was an adventurous and avid outdoorsman who found God's creation rewarding and was sure to enjoy it optimally.  He enjoyed camping and hiking with friends in places like Upper New York, the Carolinas and Pennsylvania and was always meticulously prepared with the most industrious inventions for any activity.  He always returned with a story about a soul who he’d met along the way and “talked of God” to.  David was a member of the Bruce Trail Conservancy.

David graduated from Ryerson Polytechnical Institute in Mechanical Engineering Technology in 1979 and he later received a Christian Laymen’s Certificate from Eastern Pentecostal Bible College in 1984.  He went on to work as a mechanic for a variety of employers in the Niagara and Hamilton areas.

It seemed that there was not a physical skill that Dave could not master.  He could repair any engine, he renovated homes and commercial buildings, he welded, creating many unique gadgets and so much more.  In recent years, he began repairing antique clocks. There was nothing that David could not find a unique solution to fix.

In 2004, after many years of Christian friendship, David married Hazel Johnson.  They made a wonderfully merry couple and shared several fun years and memories together. As a couple, they loved and influenced so many people in Christ.  One family memory was when the pair invented the term “Yard Sailing”. At the end of the yard sale season, this was a celebration complete with an annual trophy David made for the worst yard sale gift.  He always made sure to have sufficient coins each time to haggle with, what joy this was to him and his grand children.

David was a Christ-following man who loved the Lord first and was known for his love for others.  David had many friends, family and neighbours whose lives he left a unique mark on.  He had a talent for gift giving and providing all types of help in the Spirit of Christ.  He was planning a missions trip to help in Guatamala in the new year.  David was loved so much, by so many people.

A Memorial Tree was planted for David
We are deeply sorry for your loss ~ the staff at Tallman Funeral Homes - Vineland
Join in honoring their life - plant a memorial tree
Share Your Memory of
David
Upload Your Memory View All Memories
Be the first to upload a memory!
Share A Memory
Plant a Tree
Admin Login | Website powered by FuneralTech & TA | Privacy Policy | Terms of Use