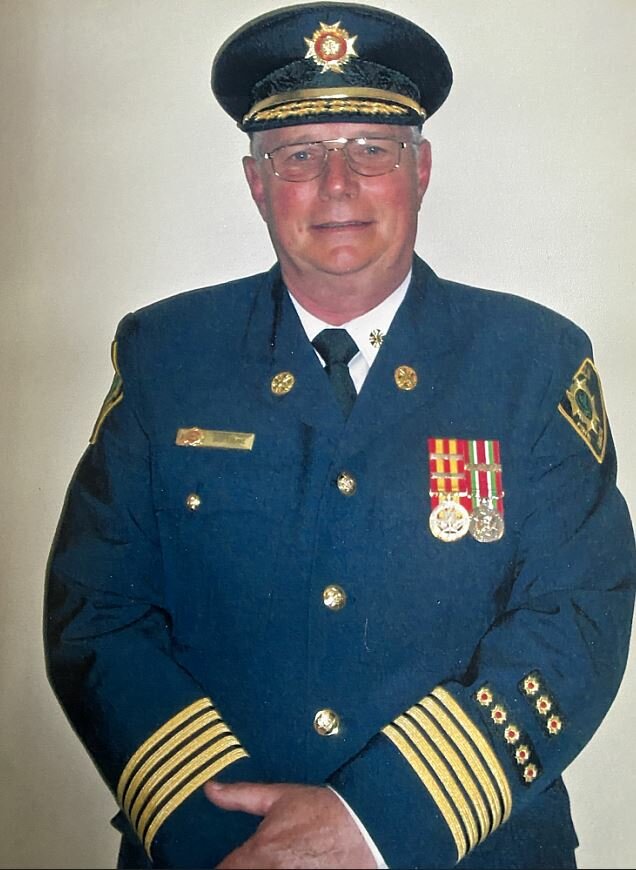 On December 29th, at the age of 76, Scott passed peacefully with his loving family by his side.

Scott had two loves in this world, his family, and the fire department.

Scott will be dearly missed by many other friends, family, and his fire family, who often knew and loved him as “Ugger”, and could always count on his positive attitude, along with his sarcastic whit and a little giggle.

Scott served with Lincoln Fire Rescue for 47 years, rising through the ranks of Firefighter, Captain, and District Chief of Station 4, eventually transitioning to Deputy Chief and his ultimate dream job of Chief. He inspired his 3 sons to follow in his footsteps, and they proudly served their community together as a family.

Living his entire life in his hometown of Jordan, Scott spent many years volunteering his time in addition to Lincoln Fire Rescue.  He was an active member with the Lions Club, coached his sons with Jordan Lions Minor Hockey Association, and as a coach & convenor with Jordan Lions Softball Association.

The family will host a Visitation at the Vineland Chapel of Tallman Funeral Homes (3277 King St., Vineland) on Friday, January 6th, from 5:00 pm to 8:00 pm. There will be a private family interment.

In lieu of flowers, donations may be made in memory of Scott to the Canadian Cancer Society.