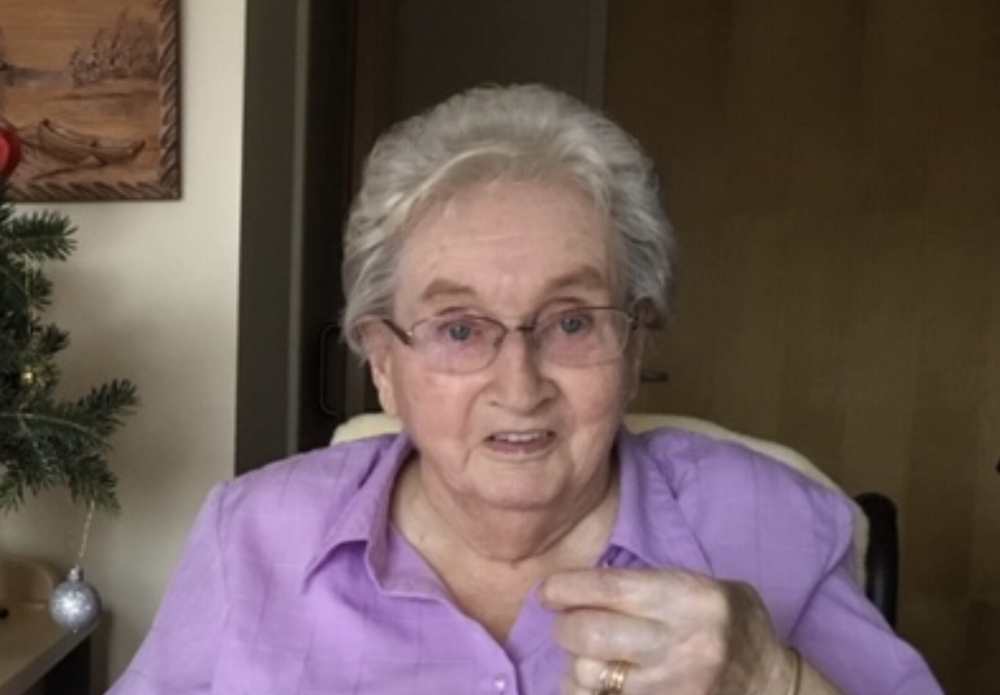 It is with sadness that we announce that Mini passed away at Tabor Manor Long Term Care home. She was predeceased by her husband Jan (John) Gerrit ter Horst. Loving mother of Robert ter Horst Guelph and Irene (Brett) Caldwell of Ottawa. Loving Oma to Alida and Christina Caldwell.

Mini grew up in Enschede, Holland, where her father owned an import/export tobacco business and her mother ran a cigar store on the first floor of the family home. Mini worked for her father in the tobacco wholesaler business until she married Jan terHorst and moved to Canada. She had met Jan in 1947 while taking dance lessons. They dated until 1955 when Jan went to Canada for work. He returned to the Netherlands 6 months later to marry Mini on Aug 8, 1955. They both then emigrated to Canada in late August to begin a new life, first in Galt Ontario and later with a move to St. Catharines where they built their family home and raised Robert and Irene and later welcomed their grandchildren Alida and Christina.

Mini was very active in the community. She was involved with two "60 Plus" clubs in the Martindale area, from 1976 to the early 1990's. Both clubs were started by Ann Bruggeling, Wendy Honsberger, and Mini, and the gatherings were held in the basement of the First Reformed Church of St. Catharines. Later, Mini helped with serving soup at the United Mennonite Home in Vineland. During her time, while living in St. Catharines, she would regularly visit many people in various retirement homes and also the sick in the local hospitals.

In keeping with Mini's request a funeral service and celebration of her life will be held at Tallman Funeral Home in Vineland (3277 King St., Vineland) on Saturday January 28th at 11:30 am. Following the service there will be a light luncheon in the Fireside Room to share memories and meet with the family. A private family interment at the Vineland Cemetery will take place prior to the service.  For those wisihing to view the livestream please click on this link - Livestream - Hermina ter Horst

Memorial donations may be made to Parkinson's Canada

A Memorial Tree was planted for Hermina
We are deeply sorry for your loss ~ the staff at Tallman Funeral Homes - Vineland
Join in honoring their life - plant a memorial tree
Share Your Memory of
Hermina
Upload Your Memory View All Memories
Be the first to upload a memory!
Share A Memory
Plant a Tree
Admin Login | Website powered by FuneralTech & TA | Privacy Policy | Terms of Use