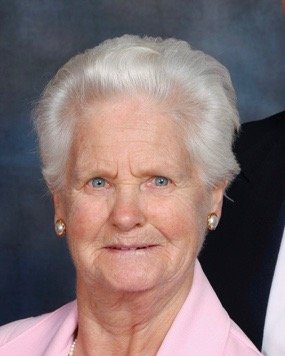 It is with great sadness that we announce the passing of our aunt, Henriette Peters at Tabor Manor in St. Catharines on June 1st, 2019.

Henriette Peters was born on November 9th, 1930 to Heinrich and Katharina Penner (nee Wiebe) in Margenau, Russia.  She was the youngest of five children, two boys and three girls.

At the age of sixteen, Aunt Henriette immigrated to Canada with her sisters, Mary, Tina and Tina’s young son Karl-Hans, arriving in Halifax on the SS Aquitania on August 28th, 1947.

Henriette met John Peters and they were married in a double wedding with his brother Henry and fiancé Mary, on April 15th, 1950.

Aunt Henriette was predeceased by her husband John in March, 2016.

Uncle John and Aunt Henriette did not have any children, but they had several nieces and nephews.  We all have fond memories of picnics at Queenston Heights, McFarland Park, excursions to the beaches and gatherings at Christmases and birthdays.

We would like to express our sincere thanks to all the staff at Tabor Manor for all their support and kindness to our aunt.

Henriette’s spirit is in the hands of the Lord, and she will be greatly missed.  Rest in peace.

We invite family and friends for the Funeral Service being held at the VINELAND CHAPEL of the TALLMAN FUNERAL HOMES, 3277 King Street, Vineland on Tuesday, June 11th, 2019 at 11:00 A.M.   Visitation will begin at 10:00 A.M.  In lieu of flowers, donations to the Alzheimer Society would be greatly appreciated.

Share Your Memory of
Henriette
Upload Your Memory View All Memories
Be the first to upload a memory!
Admin Login | Website powered by FuneralTech & TA