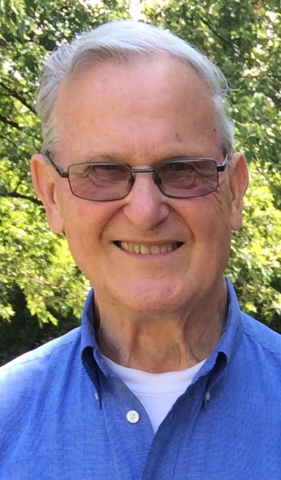 Victor Vid Opresnik, 88, of Beamsville, Ontario, went to be with the Lord on Tuesday, October 1, 2019 at in West Lincoln Memorial Hospital in Grimsby, Ontario. Predeceased by his parents, Johann and Maria Opresnik and 7 siblings (Angela, Johann, Micika, Tilika, Ivanka, Dominic, Milica) all of Slovenia.

He leaves behind his beloved wife, Ruth (nee Bogusat), of 54 years. He was the loving father of Christine Fergin (Kevin) and David (Christine Heung). Victor was the cherished Opa of 4 grandchildren, Rachel, Jordan and Braden of Kitchener and Luca of Calgary.  Victor will be missed by many in-laws, nieces and nephews in Canada, U.S.A., Germany and Slovenia. He will also be missed by many dear neighbours, church friends and customers.

Victor was born in Slivnica, Slovenia to Johann and Maria Opresnik on May 29,1931. He learned his trade as a professional shoemaker in Celje, Slovenia. He immigrated to Canada in July of 1957. He first lived and worked in Vineland at the canning factory until he opened Victor’s Shoes and Repairs on February 2,1959 in Beamsville.  His store of 44 years was a place of business and socializing.  He took pride in his expert craftsmanship and remembering everybody’s shoe size.  Over the many years, Victor donated many shoes which found homes all around the world.

A favorite pastime of Victor’s was playing the accordion with the Lipa Park Button Box Club. He loved working in his garden and feeding the birds and chasing squirrels. In his earlier years, Victor was a member of the Kinsmen Club. Victor relished his time with family and friends.  Great times were had at celebrations that always included lots of food and music.  Every summer, Victor enjoyed special times at the cottage where he liked to fish and tell stories.

The visitation will be held at the Vineland Chapel of Tallman Funeral Homes, 3277 King St., Vineland, on Friday, October 4, 2019 from 2-4pm and 6-8pm.  Father Kris will officiate the funeral mass at St.Helen Catholic Church, Beamsville, on Saturday, October 5  at 10am. Interment will follow at Mount Osborne Cemetery, Beamsville. Friends and family are welcome to join us for a luncheon at the Tallman Fireside Room, Vineland.

Memorial donations may be made to West Lincoln Memorial Hospital Foundation, St. Helen’s Catholic Church Building Fund or a charity of your own choosing.

The family extends their gratitude to their relatives, friends and medical staff at West Lincoln Memorial Hospital for their support and prayers.

Share Your Memory of
Victor
Upload Your Memory View All Memories
Be the first to upload a memory!
Admin Login | Website powered by FuneralTech & TA