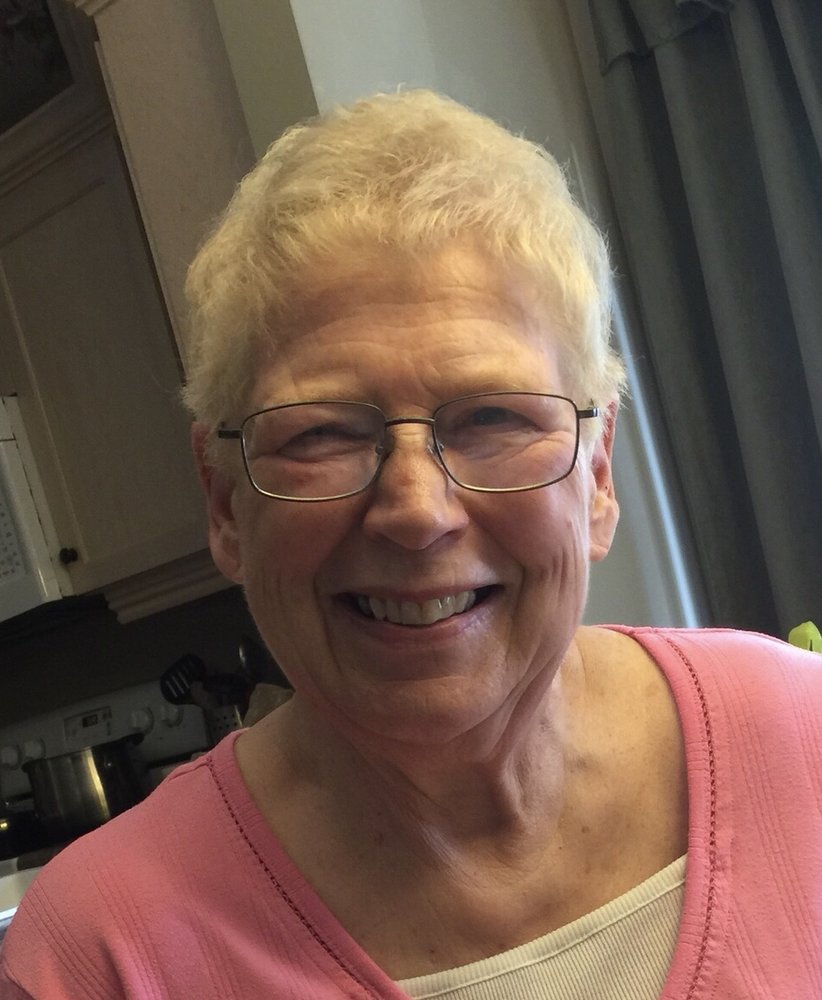 Marlene Ann Stewart, 77, of Beamsville, Ontario, passed away peacefully surrounded by her family at St. Catharines General Hospital on March 9th, 2020. Marlene was born in Grimsby, Ontario on September 29, 1942.

Marlene grew up on the family farm (Stewart Orchards) in a loving, nurturing and hard-working family. Her father documented family occasions for many years in photos and home videos that depict joy, laughter, generosity and a formidable family bond. She attended Lower Thirty School and graduated from Beamsville District Secondary School. She went on to continue her studies at Business College in Hamilton.

Marlene also raised her family on the farm which provided a wonderful opportunity to continue the focus on family that she experienced as a child. There were many gatherings of family and friends over the years, including countless summer afternoons around the pool. She always put her family and friends first and would do anything for them. She had an amazing generosity of spirit.

Always a hard worker, Marlene helped on the farm, and later became the constituency secretary for a family friend elected as local MPP. In the late 1980’s Marlene took a tremendous risk and became a small business owner in Sauble Beach, Ontario; first with Scoopers Ice Cream, and later with Mar’s Cosmic Fries. The foundation of Marlene’s approach to business was building strong relationships with everyone she encountered; be it staff, suppliers or customers. Everyone knew Mar by name and would come to the store to say hello and experience the warmth she generated - and to eat the best fries on the Beach - some say the World!

When she was home from the Beach, Marlene volunteered with Community Care. For years she planned, prepared and served beautiful meals for volunteers during the busy Christmas season.Those who were close to Marlene knew what an amazing home cook she was. Like all aspects of her life, she approached cooking with thoughtfulness, love and a desire to satisfy the soul of everyone close to her.

Marlene is predeceased by her loving parents, John and Evelyn (Russ) Stewart. She is survived by her son Terry (Janet Duga), her daughter Lisa (Kevin Colvey) and her brother Donald (Wendy). She was cherished by her granddaughters Cecily and Victoria. She will be dearly missed by her nephews James (Julie Ann and daughter Ellie), Scott (Sarah and children Jacob and Allie) and Sean (daughter Sierra). She also had a special place in her heart for Janet’s children (Blake, Taylor and Grace). In addition to family, her many friends were incredibly important to her.

A RECEPTION IN MARLENE'S HONOUR WILL TAKE PLACE AT A LATER DATE.  In lieu of flowers, please consider donating to the Niagara Health Foundation in Marlene’s name.

Share Your Memory of
Marlene
Upload Your Memory View All Memories
Be the first to upload a memory!
Admin Login | Website powered by FuneralTech & TA