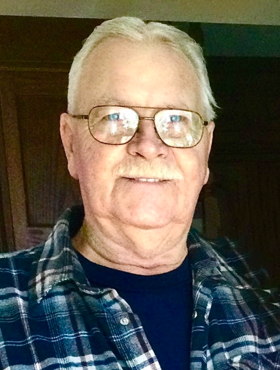 John Francis Redmond born April 1946, died July 17, 2021.   John was known to many people as JR, Red, and Timberman.  He was beloved by his wife Gayle, his children JJ and Andrea, grandchildren RJ and Maren.  Eldest son of Jack and Therese, son in law to Joe and Audrey (all predeceased). Special brother to Diane (John), Mark (Pat), Janice (Bob), Jim (Jenny), Virginia (John, predeceased),Elizabeth (Brent), Maureen (Randy), Christine (Lorne).  John was predeceased by his brother Michael,  sisters Mary Anne and Cynthia.  Brother in law to Ben, Rodger, Karen, Glenn, Jef and Dorothy. John made an impact on his many nieces and nephews, who will remember him and his stories fondly.

A special friend to many; John made friends easily and in his working life, he made many friends across Canada.  A special thank you to his brother Jim, friends Norm and Lloyd for running errands and keeping John company during his last months, his daughter Andrea who looked after his many  needs, and family and friends who kept him company by phone and computer.  John had outstanding care from many sectors of our health system, his family doctor Dr. Hansenberger,  St. Elizabeth nurses and the many staff and doctors at the Walker Family Cancer Clinic.
John’s was a life well lived. Now he is at rest with his Lord.