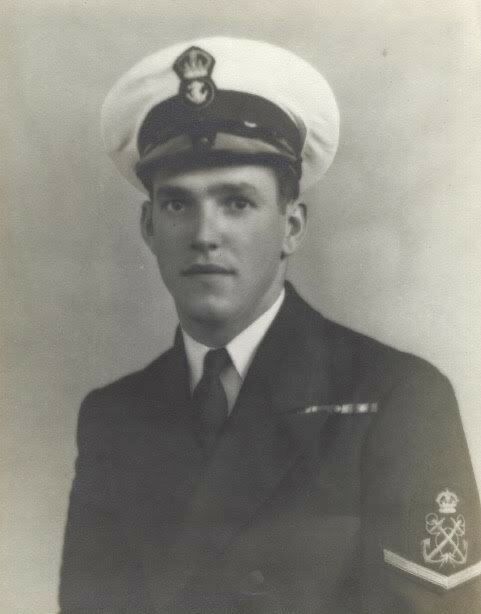 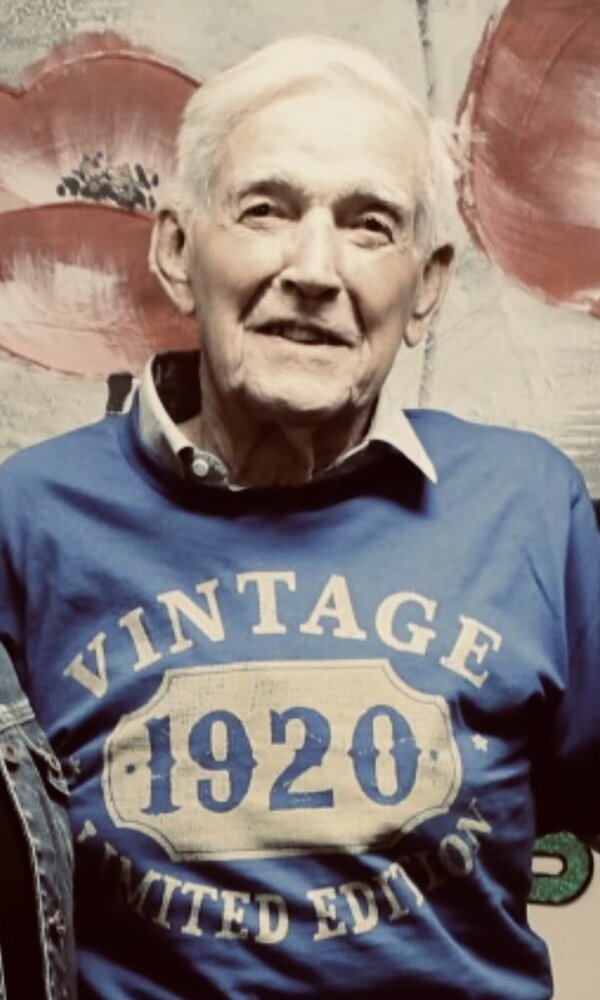 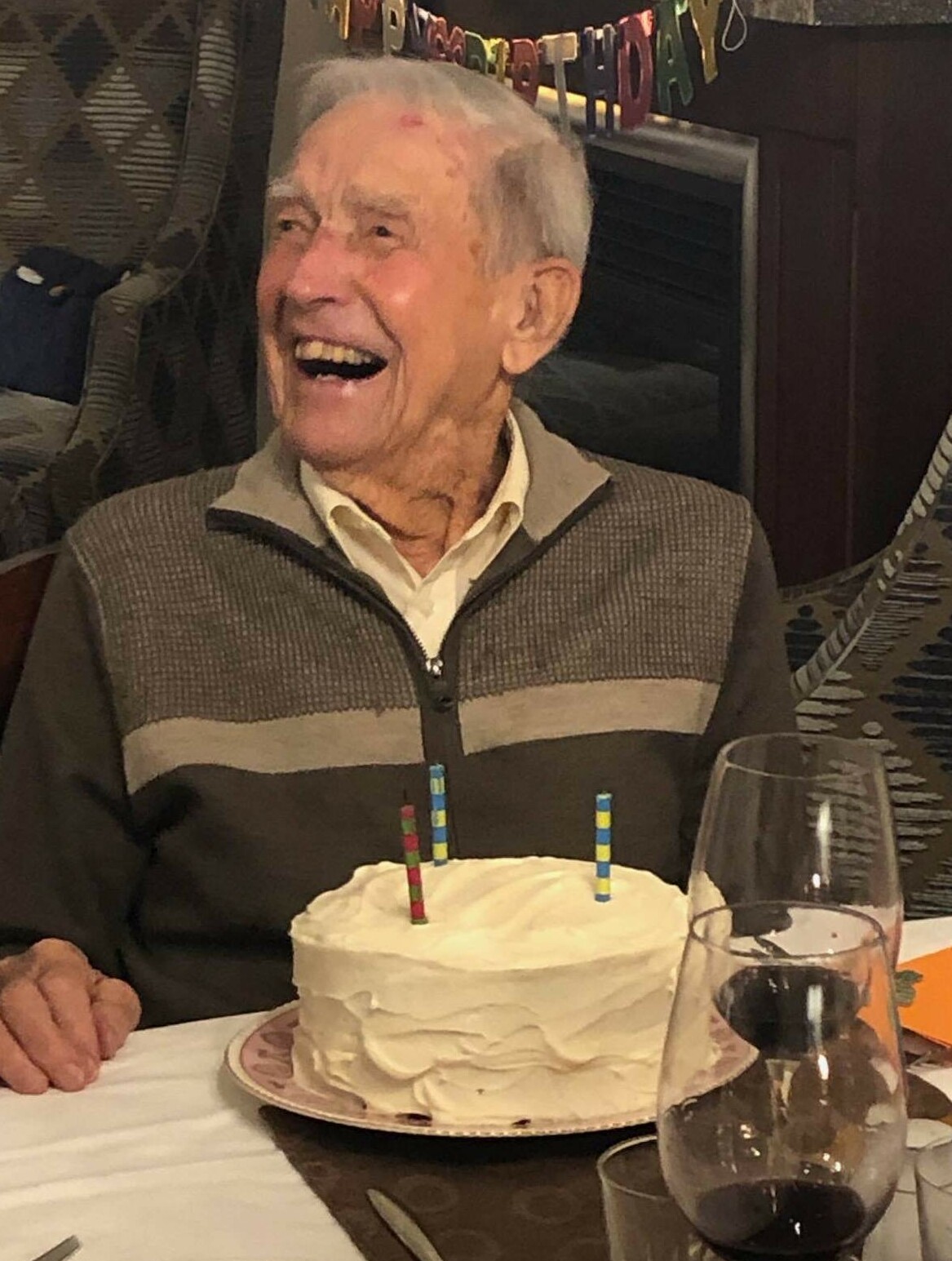 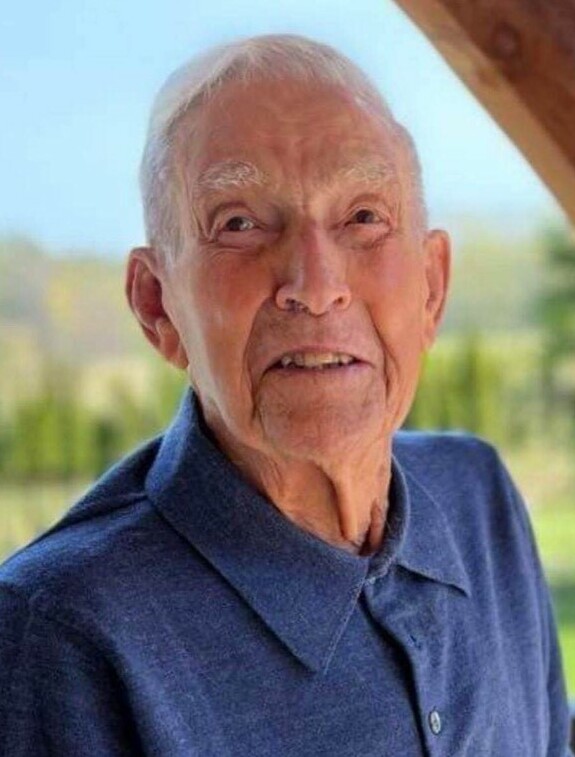 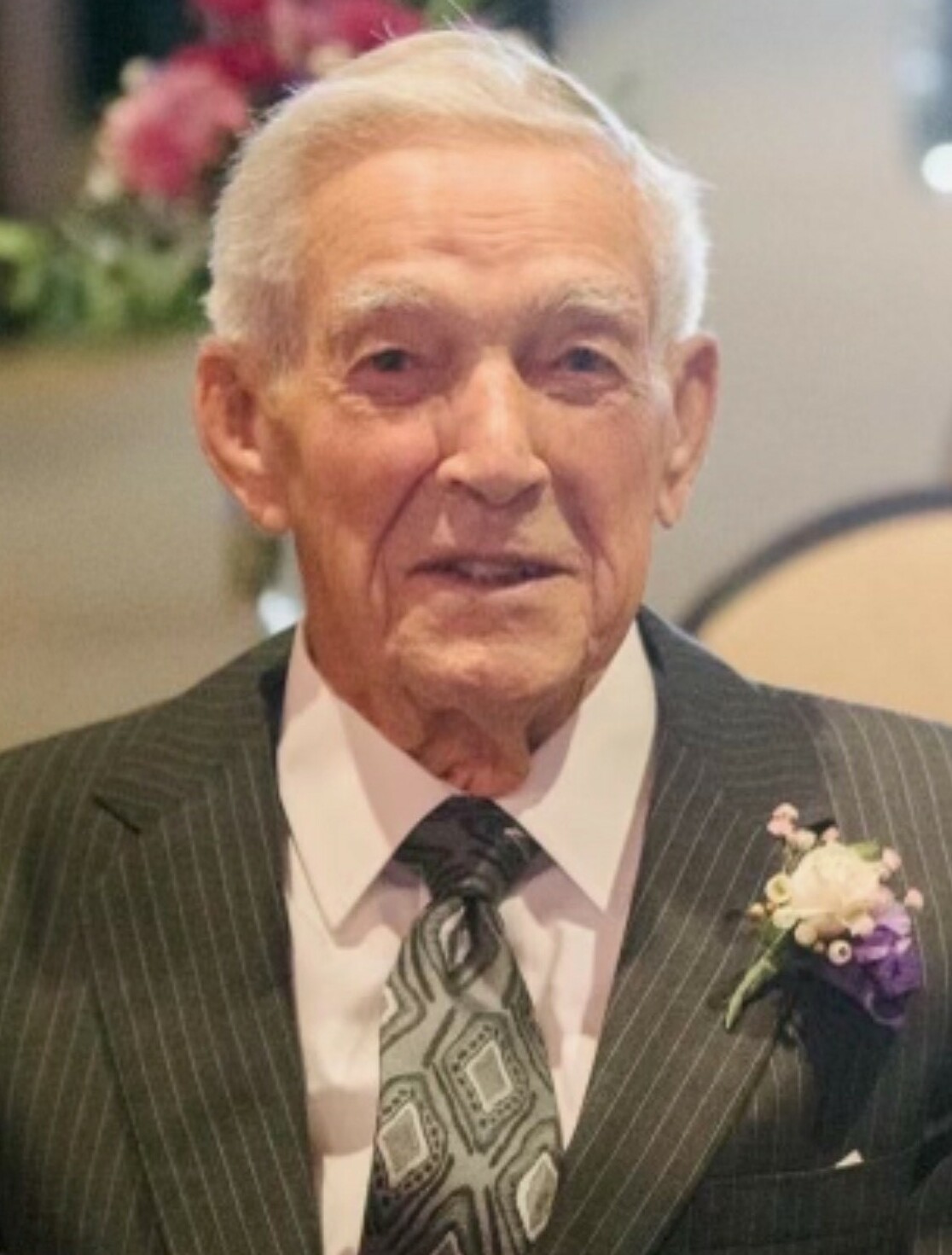 In his 103rd year, Stan passed away peacefully at the St. Catharines General Hospital on December 4th, 2022 with his loving family surrounding him.

Reunited with his beloved wife Dorothy, of 76 wonderful years, Stan was the son of James and Mary Adelaide Heywood (nee Cordingly) of Port Credit.  He was pre-deceased by his brothers Alan and Reginald.  He was the cherished and loved father to Marilyn (Doug d. 2014) (John Haflidson) of North Bay, Jim (Lisa) of Beamsville and Allan (Renie) of Fonthill. Proud grandfather of Michael (Lisa), Gregory (Shannon), Jordanna, Jaquelene (Sean), Meagan (Nathan), Eliot (Katie), Maggie, David (Sarah), Jamie (Annette), Christie (James) and Robert (Alana).  Stan was also blessed with 23 great grandchildren and admired by many nieces and nephews.

Stan served in the Royal Canadian Navy from 1940 to 1944, reaching the rank of Chief Petty Officer. He served in the North Atlantic and the Mediterranean.  Stan was the recipient of the Distinguished Service Medal. After returning from the war, he completed his high school studies and then went on to graduate with an Electrical Engineering degree from the University of Toronto.  Stan’s successful career started at Ontario Hydro in Toronto, then to Hamilton Hydro as Regional Manager. In 1971, he joined St. Catharines Hydro Electric Commission as General Manager and worked there until retirement in 1985. During his distinguished career with St. Catharines Hydro, he was involved in many achievements, the pinnacle of which was the planning and construction of the Port Dalhousie power generating station.  In his honour, the station would eventually be named, the Heywood Generating Station.

Our family has lost a wonderfully generous and humble man who was much loved and returned that love unconditionally.  Dad’s generosity extended to the community at large. His generous giving extended to many organizations that focused on helping others.  He was a long-time Rotarian and was honoured with the Paul Harris Award for service above self.

The family would like to thank the caring health care providers at St. Catharines General Hospital, Welland General Hospital and all the support provided by Veterans Affairs Canada and The War Amps.  A funeral service will be held at the Vineland Chapel of Tallman Funeral Homes (3277 King St., Vineland) on Monday, December 12th at 10:30 am (Visitation prior to service 9:30 am to 10:15 am) followed by refreshments in the Fireside Room. Interment at Glendale Memorial Gardens, 1810 Albion Road, Etobicoke.  In lieu of flowers, donations may be made to the Niagara Health Foundation or The War Amps.

A Memorial Tree was planted for Stanley
We are deeply sorry for your loss ~ the staff at Tallman Funeral Homes - Vineland
Join in honoring their life - plant a memorial tree
Share Your Memory of
Stanley
Upload Your Memory View All Memories
Be the first to upload a memory!
Share A Memory
Plant a Tree
Admin Login | Website powered by FuneralTech & TA | Privacy Policy | Terms of Use