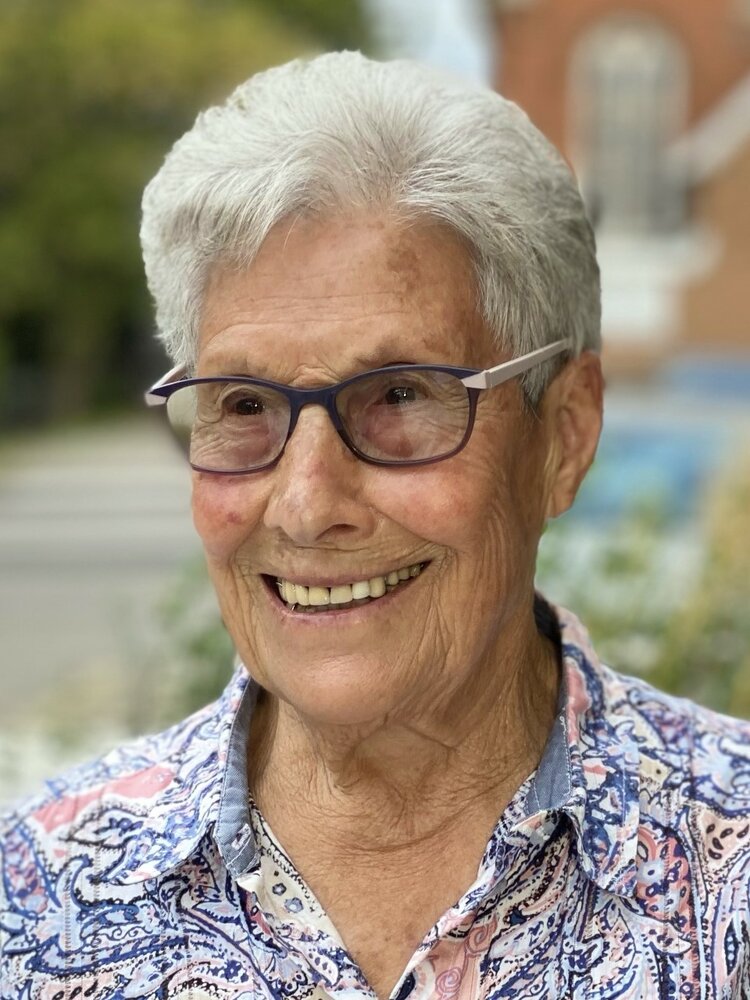 Lena Carpino Huisman of Beamsville has taken one final walk to be with her Lord in heaven on January 1, 2023, in her 88th year, passing away peacefully at the Port Colborne Hospital following a brief illness.

Lena was born on June 16, 1934 in Paterno, Cosenza, Italy, to Luigina and Antonio Carpino, the second youngest of 11 children. Raised on the family farm, Lena learned from her beloved parents the values that would guide her life through the good times and the bad: service, hospitality, loyalty, humility, and hard work. Farm life provided plenty of opportunity to contribute to the family including harvesting silk from silk worms kept in the attic, tending to livestock in the basement, and balancing goods on her head during the long walks to and from the market in town.

In 1957 Lena began a new life in Canada, moving from Windsor to Prince George, BC, before settling in Beamsville in 1963 where she lived the remainder of her life.

Lena was so happy to call Canada her home. She loved God, her family, her church, and friends, and served others in any way she could. She was proud of her home on Barry Drive where everyone was welcome and was treated to the same hospitality that her parents practiced in her childhood home in Italy. Lena knew no strangers. She saw everyone as God’s children. She met countless people on her many walks striking up friendships that have lasted for years.

Lena was pre- deceased by her husband John Huisman. She was beloved and adored by her daughter Rose and husband Larry Waddell of Ladner, BC, grandsons Matthew (Rachel) Waddell of Brighton, MI, Jonathan (Danielle) Waddell of Howell, MI, and Lucas (Lauren) Waddell of Saline, MI, and great grandchildren Theodore, Penelope, Jude, Elena, June, Leonardo, and baby boy to arrive in April.

We love and miss you Grandma PeekaBoo!

In lieu of flowers, go for a walk with someone you love.

A Memorial Tree was planted for Lena
We are deeply sorry for your loss ~ the staff at Tallman Funeral Homes - Vineland
Join in honoring their life - plant a memorial tree
Share Your Memory of
Lena
Upload Your Memory View All Memories
Be the first to upload a memory!
Share A Memory
Plant a Tree
Admin Login | Website powered by FuneralTech & TA | Privacy Policy | Terms of Use