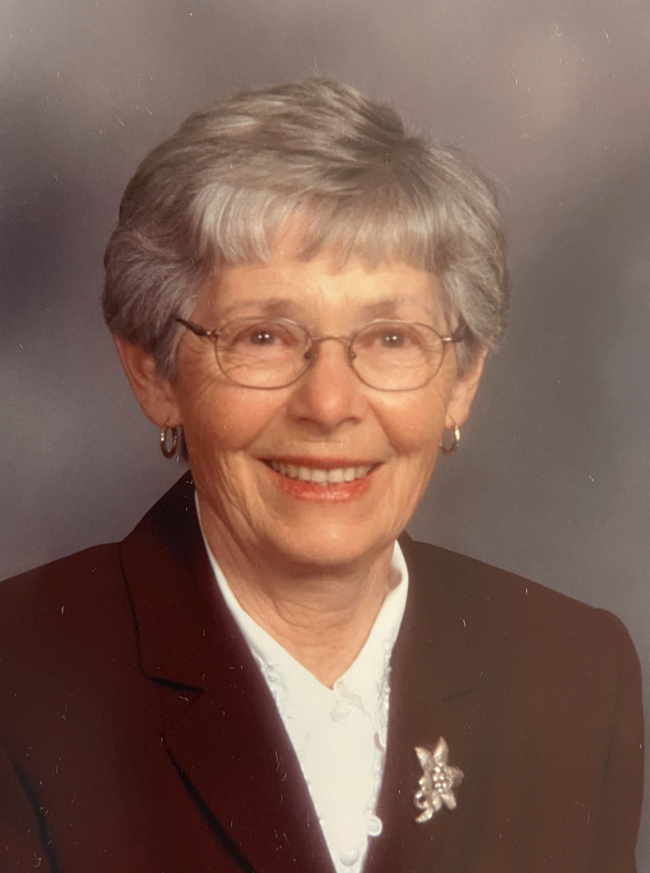 It is with sad hearts filled with gratitude that we announce the passing of our beloved Mom, Mary Anne Willms on Tuesday, January 17,  2023, age 95, who, after a full and rich life filled with love and joy, is now resting in blessed peace.

Loved by so many. Predeceased by her husband and mutually devoted life partner Jake (d. 1986). Greatly loved by six children; Gord (Mary), Sharon, Rick (Nancy), Evelyn (Chris), George (Christine), and Dale, and 13 grandchildren and their partners, and 19 great-grandchildren and counting. Also survived by one brother, John and one sister-in-law Mary plus many cousins and nieces and nephews.

Mom was born on September 19, 1927, in the Mennonite village of Hamburg in Ukraine (part of the Soviet Union at the time) where her family lived until the upheaval and chaos of the Second World War turned them into refugees eventually ending up after the war in a land that Mom considered paradise on Earth - also known as Canada - at least it was compared to her childhood memories in Ukraine under Stalin of being cold and hungy - although never lacking the warm embrace of her own loving parents.

Once in Canada, mom met Jake, who had taken over the Willms family farm in Jordan Ontario, and they were soon married (1950).  They devoted the next 30 years to hard work and bliss engaged in the two primary labours of love; managing the fruit farm while raising six raucous kids, also known as the farm help.

Dad was in his 60s when he developed Alzheimer’s. Mom moved to St. Catharines and cared for her beloved until his death in 1986.

The last thirty years of her long life were devoted to volunteering including in her church and the hospital (until she was 80), to grandchildren, to great-grandchildren, to a revolving door of family and friends who were always welcome in her home and to some well-deserved travel with family and friends and her brother uncle Albert, a regular travel companion as were her brother uncle John and sister-in-law aunt Hilda.

We will miss her joyful presence while we continue to cherish her in our hearts and memories.

A visitation will take place on Tuesday, January 24th at Grace Mennonite Church (677 Niagara St, St. Catharines) at 10:00am with a memorial service beginning at 11:00am. Reception to follow.

Memorial donations in Mary's memory can be made to the Mennonite Central Committee or the Alzheimers Society.

A Memorial Tree was planted for Mary
We are deeply sorry for your loss ~ the staff at Tallman Funeral Homes - Vineland
Join in honoring their life - plant a memorial tree
Share Your Memory of
Mary
Upload Your Memory View All Memories
Be the first to upload a memory!
Share A Memory
Plant a Tree
Admin Login | Website powered by FuneralTech & TA | Privacy Policy | Terms of Use