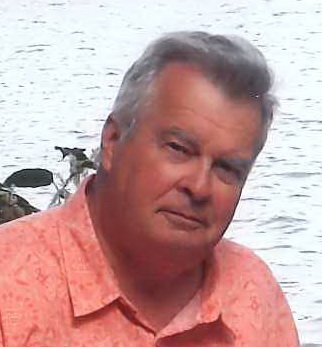 Marvin Charles Clark, September 9, 1940 – October 29, 2020.  Marvin most recently of Vineland, Ontario, passed away in hospital surrounded by his loving family.

Marvin was born in Toronto, Ontario to Marvin and Alice (nee Ireland) Clark. Marvin’s childhood years were spent in Keswick, Ontario. He and his loving wife of 55 years, Lana (nee McGurk) began their life together in Hamilton, moved to Burlington, later Freelton and most recently Vineland.

Marvin worked in sales from a young age; he began his career managing a camera store, which resulted in a lifelong hobby.  In the mid 70’s he was involved in the dawning of the at-home electronics era, always open to trying out new technologies.  His family enjoyed being the first on the block to try out Atari, Bally and Intellivision products just to name a few, as well as a number of prototypes that although unique, may have been ahead of their time.  In the early 80’s he switched his focus to the Insurance Industry and prior to his retirement he owned Kingsway Insurance an insurance/investment brokerage in Hamilton.

In addition to photography, Marvin had many interests including listening to and playing classical piano, he was an avid fisherman and camper, loved spending time in a boat, a train or on a plane.  He was a talented do-it-yourselfer and even designed and coordinated the construction of our family home in North Burlington.  As an adventurer, he enjoyed travel, whether for personal or business, he always made the most that every destination had to offer.

Friendships and Family bonds were very important to Marvin.  Although not thrilled as an 8-year-old to be told he was losing his only child status, he cherished his little brother Brian.  They shared many happy days growing up in the Keswick area, he was very proud of Brian’s personal and business achievements.  Marvin’s personality allowed him to make friends wherever he travelled but he treasured a number of long-time friendships.

A proud Father he could be found applauding and cheering any achievement or celebration involving his daughters Deborah and Heather.  In the 70’s when Heather took an interest in playing soccer, her team needed a coach, Marvin stepped in and not only filled the role, but made it a passion of his own becoming involved in the Executive Team for the Burlington Youth Soccer Club. When Deborah’s career path took her in the direction of Sales, he was not only supportive, but a great reference source.  At one point, they even worked together in the Insurance Industry.  As Deborah along with Dan, and Heather moved into homes of their own, his supporting nature made him the on-call Handy-man or the How-To Helpline.

Marvin was overjoyed to become a Papa, with the birth of Abigail Hannah.  Following in his footsteps, Abigail has both a love of music and is fast becoming a do-it-yourselfer in her own right, constantly creating.  Marvin was especially proud of her as she entered a specialized high school program that is focused in the sciences.

Marvin is survived by his loving wife, Lana, they supported each other through thick and thin. He was a dear Father of Deborah (Dan Rust) and Heather.  Cherished Papa to Abigail, Big Brother to Brian (Faye) Clark, Brother In-Law to Ann and Bill Alcock, Uncle to Kevin (Bonnie), Karen, Kimberly, Kathryn (Winston), Amanda and Rebecca. He will always be fondly remembered and dearly missed.

Cremation has taken place and a Celebration of Life to be held at a later date. Donations in Marvin’s memory may be made to the Heart and Stroke Foundation of Canada, or a charity of your choosing.  We would be grateful if friends and family could share their messages, memories and even your favourite photo on the tribute wall.

We invite you to view our tribute video via the link below: Video Tribute of Marvin Clark